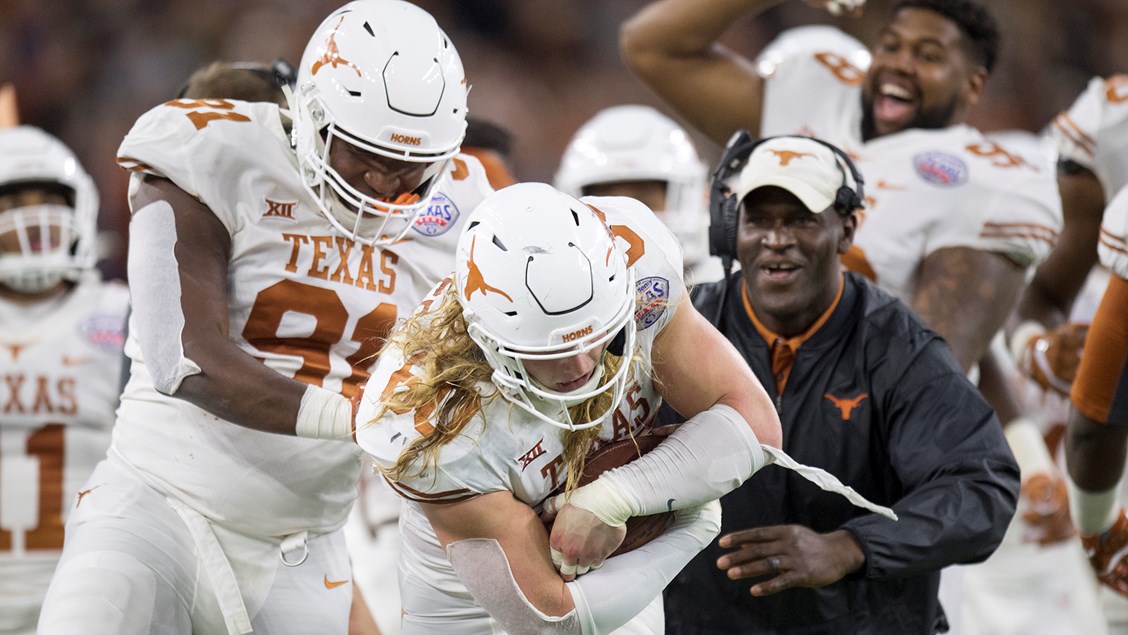 CHICAGO, Ill. — Texas Football's Breckyn Hager was named to the watch list for the 2018 Ted Hendricks Award, the Ted Hendricks Foundation announced on Monday afternoon. Brian Orakpo (2008) and Jackson Jeffcoat (2013) have won the Award, which was first presented in 2002. Cory Redding (2002), Tim Crowder (2006) and Sergio Kindle (2009) have also been finalists.

Breckyn Hager, a native of Austin, played in all 13 games a season ago and made four starts. He was named honorable mention All-Big 12 by the league's head coaches, finishing the season with 23 tackles, nine tackles for loss, four sacks, four pass breakups, three QB hurries and a fumble recovery. For his career, Breckyn Hager has totaled 105 tackles, 22.5 tackles for loss and 10 sacks. He has played in 34 career games with nine starts. He was named preseason All-Big 12 by the league's media, Athlon Sports (first team) and Phil Steele (second team) earlier this summer. He is also on the watch list for the Bednarik Award.

The Ted Hendricks Award is named in honor of college football's first three-time first-team All- American. On-field performance, exceptional winning attitude, leadership abilities, contributions to school and community and academic preparedness are some of the criteria used to determine the Award's recipient each year. Members of the national media, head coaches, professional scouts and former winners are included on the Award's selection committee. Candidates may represent any class (Freshman through Senior) as well as any four- year NCAA accredited school. The candidate's primary position must be Defensive End.