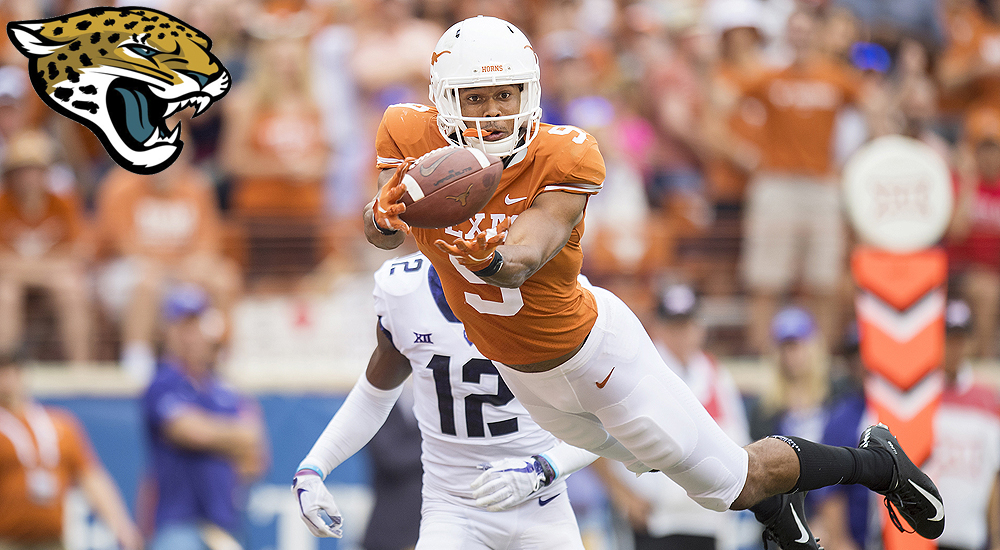 When he was selected in the fifth round, wide receiver Collin Johnson became the second Longhorn ever drafted by the Jacksonville Jaguars (photo courtesy of texassports.com / graphic by Horns Illustrated).

AUSTIN, Texas — Wide receiver Collin Johnson became the third Texas Longhorn, and the second UT receiver, to be chosen in the 2020 NFL Draft when he was snapped up in the fifth round, with the 165th overall selection.

Johnson admitted that he was taken later than he hoped, but is confident the Jaguars will end up being convinced they