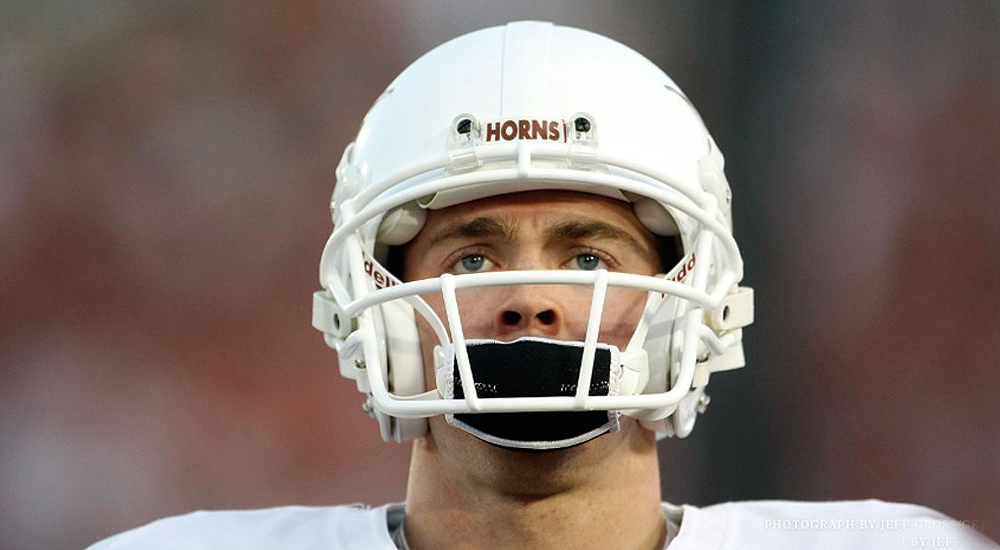 Former Texas quarterback Colt McCoy reached an agreement this week to sign with the New York Giants, who will be his fourth NFL team (photo courtesy of texassports.com).

One of the most popular Texas football players signed up for an 11th NFL season when former UT quarterback Colt McCoy agreed this week on a one-year free agent contract with the New York Giants.

McCoy spent the last five seasons with the Washington Redskins, mostly as a backup. He played in 11 games with the Redskins, starting seven; in 2019, his role expanded to include serving as a mentor to Dwayne Haskins, the team’s first-round draft pick.