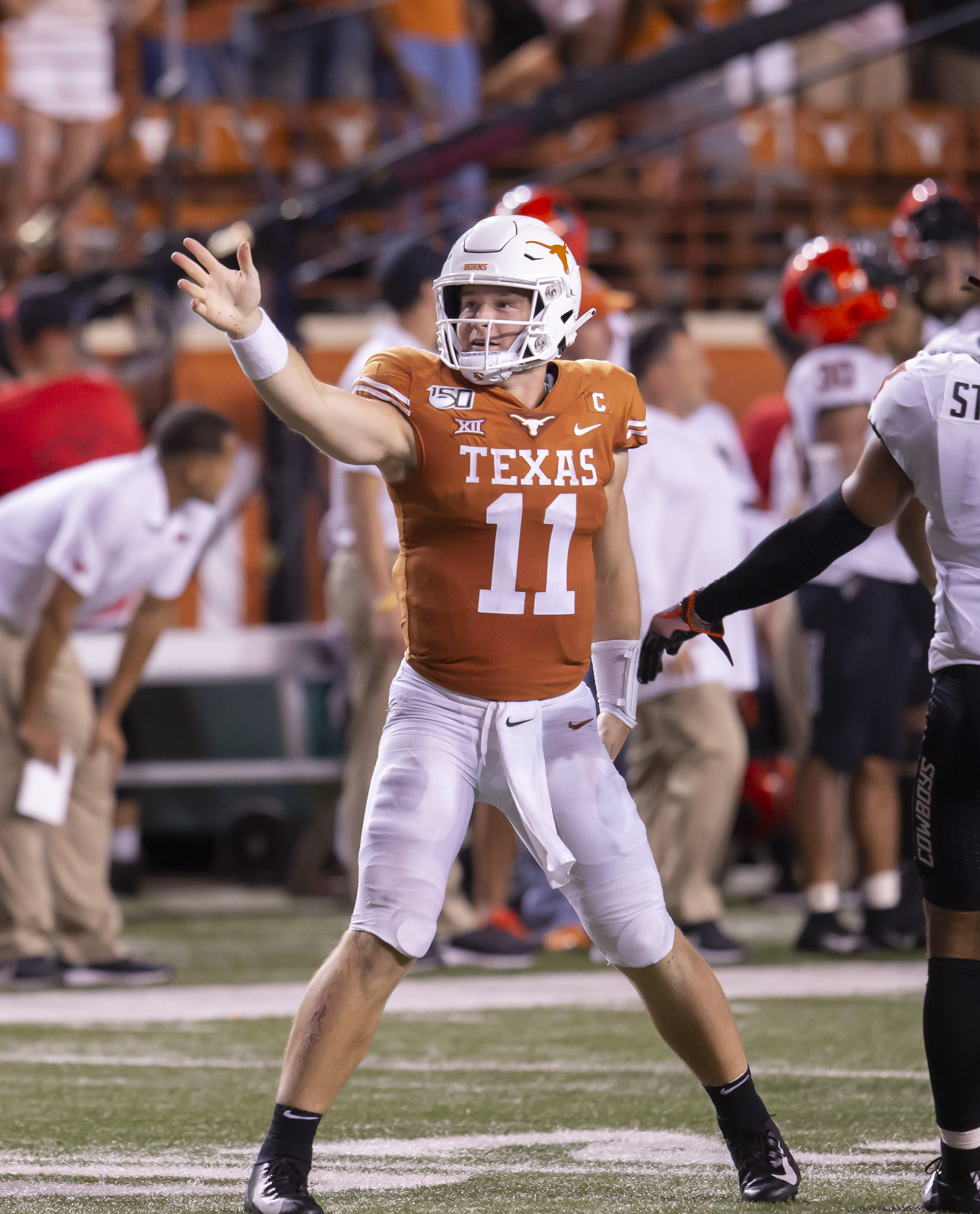 While Oklahoma quarterback Jalen Hurts is putting up video game numbers and being mentioned as a Heisman Trophy candidate, UT's Sam Ehlinger is the one with all of the experience playing in the Red River Showdown (photo by Jose Mendez / Horns Illustrated).

Back in action?
All signs point towards wide receiver Collin Johnson returning for this week.

Johnson, who has missed several games with a hamstring injury and is thought of as a possible high-round draft pick in next spring’s NFL draft, provides