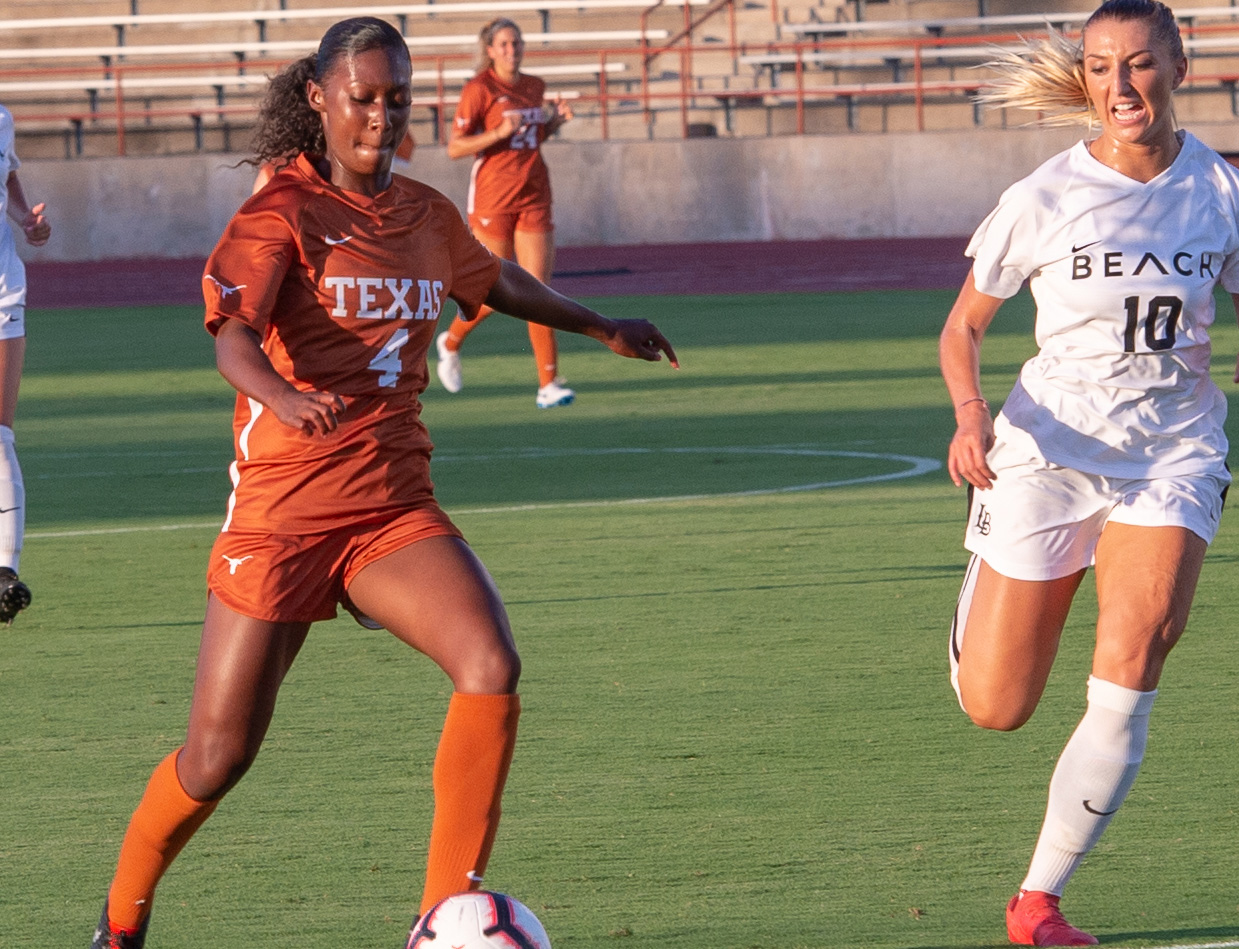 Sophomore forward Cydney Billups scored her third goal of the season in the first minute of overtime to lead the Texas soccer team to a 2-1 home victory over Baylor (photo courtesy of texassports.com).

AUSTIN, Texas — Sophomore forward Cydney Billups scored her third goal of the season in the first minute of overtime to lift the No. 11 Texas soccer team to a 2-1 victory over visiting Baylor at Mike A. Myers Stadium Friday night.

The loss dropped the Bears’ record to 7-4-0 overall, and 0-1-0 in Big 12 games, while Longhorns improved to 9-0-1, and 1-0-0 in games against conference opponents. The Longhorns are one of just 11 Div. I teams remaining without a loss on their record.

The Bears outshot Texas, 18-13, and their aggressive nature paid off when Julie James scored her sixth goal of the season in the 15th minute to give Baylor a 1-0 lead that would hold up through the halftime intermission.

Texas got the equalizer when freshman forward Mackenzie McFarland scored her second career goal in the 57th minute.

UT junior forward Cyera Hintzen assisted on both Texas goals. The Longhorns’ leading scorer in goals (8) and points (22) now is tied with teammate Katie Glenn for the team lead in assists (6), as well.

Texas now has a week off before returning to action next Friday with a 7 p.m. game at Oklahoma State.