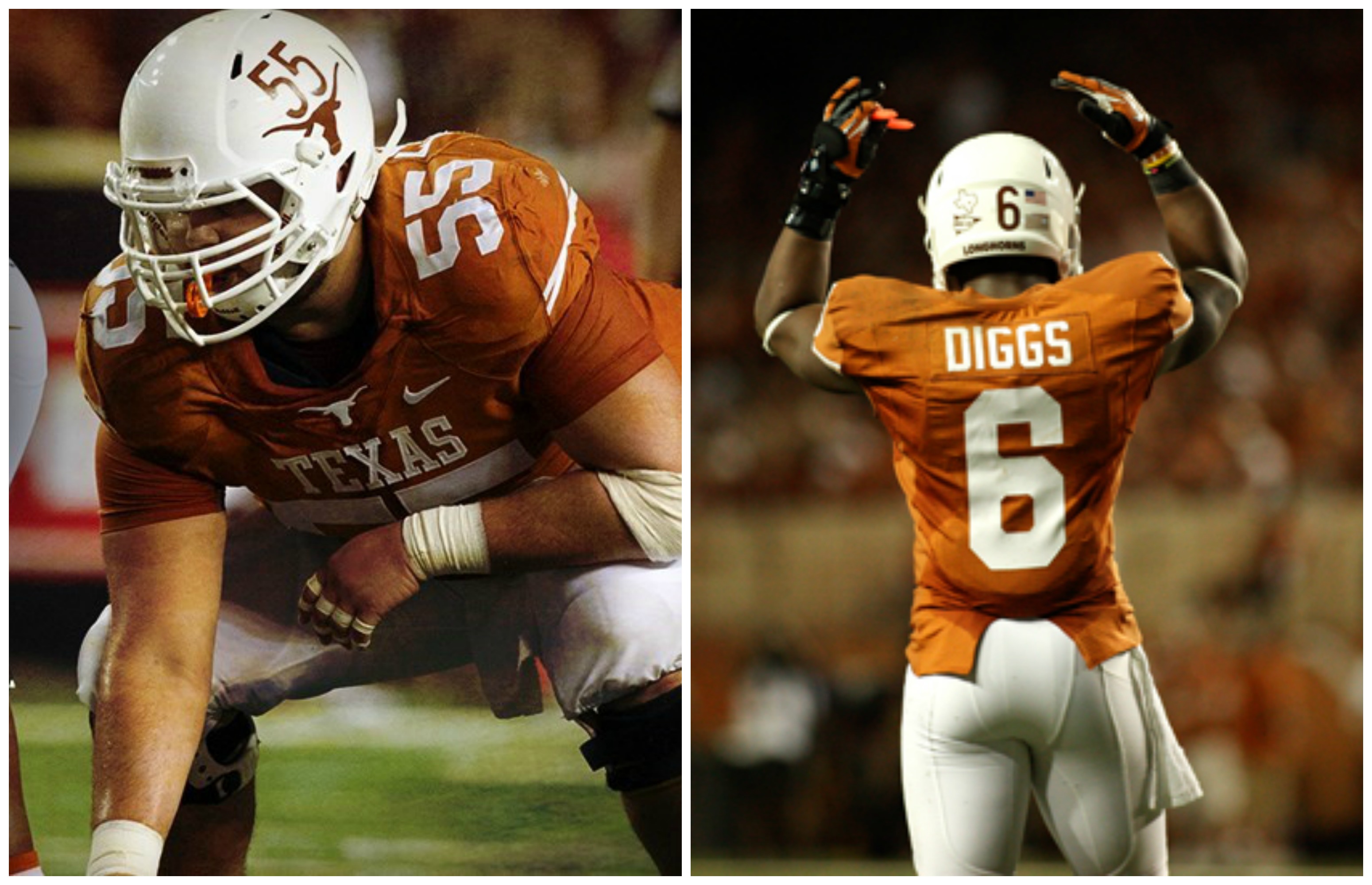 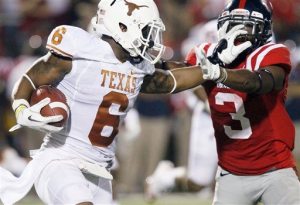 This marks the second straight year Diggs has been chosen for the Thorpe Award watch list, which honors the best defensive back in college football. Diggs has also been named to this season's watch list for the Bednarik Award, which, like the Nagurski Trophy, honors the nation's top defensive player.

Diggs, a senior, is a three-year starting cornerback who has tallied 168 career tackles, 32 pass breakups and eight interceptions. Last season, the Angleton, Texas, native was an honorable mention All-Big 12 choice after posting 58 tackles and a team-high 10 pass breakups.

Texas has had two winners of the Thorpe Award in its history in S Michael Huff and CB Aaron Ross, who won back-to-back in 2005 and 2006, respectively. UT has also had two other finalists; S Earl Thomas in 2009 and CB Quentin Jammer in 2001, and two other semifinalists; CB Nathan Vasher in 2003 and CB Rod Babers in 2002.

The Jim Thorpe Award watch list is chosen by a screening committee who compile a list of 30-50 players. The list is not final, and players who have outstanding seasons are added as the season progresses. The Thorpe Award Winner is selected from three finalists and will be announced at The Home Depot College Football Awards on Thursday, Dec. 11, 2014, on ESPN.

The winner will be honored at the Jim Thorpe Award Banquet, which will be held on Tuesday, Feb. 3, 2015, in Oklahoma City, Okla.

It is the second straight year Espinosa has been named to the Remington Trophy watch list, awarded to the nation’s top center. A fourth-year lineman, Espinosa has played in 39 career games, all starts at center over the last three seasons. His 39 straight starts are the most of any returner for the Longhorns. 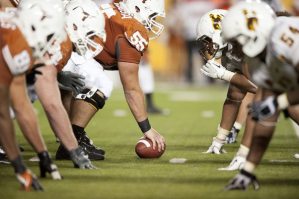 Espinosa earned honorable mention All-Big 12 honors in 2013 after helping the offense rank 36th nationally in rushing (196.2 yards per game), and aiding the line in surrendering just 16 sacks (1.3 pg), which ranked tied for 17th fewest in the FBS.

Espinosa completed his undergraduate degree in corporate communication in the spring of 2014. He has been named to the UT Athletics Director's Honor Roll and was a 2011 second-team Academic All-Big 12 choice.

The winner of the Rimington Trophy will be chosen through cumulative votes of three All-America teams, including the Walter Camp Football Foundation, the Sporting News and the Football Writers Association of America. The winner will be recognized at the Rimington Trophy Presentation at the Rococo Theatre in Lincoln, Neb., on Saturday, January 17, 2014.