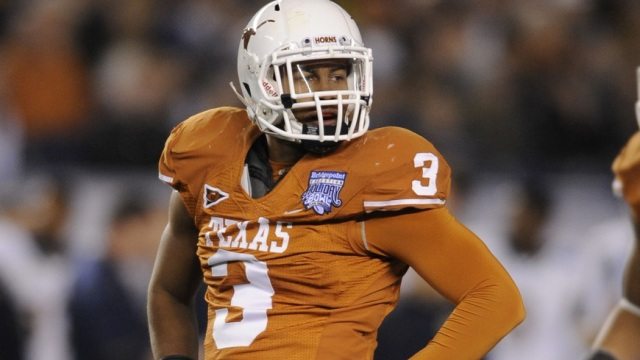 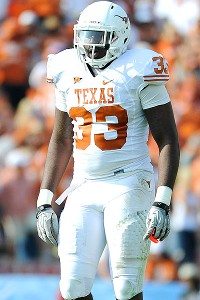 Steve Edmond and Jordan Hicks were placed on the watch list for the 2014 Butkus Award, which was announced by the Butkus Foundation and honors the top linebacker in the nation. Edmond also earned a spot on the watch list for the Rotary Lombardi Award (top lineman/linebacker) along with C Dominic Espinosa and DE Cedric Reed, which was announced by the Rotary Club of Houston.

Edmond is on a national award watch list for the first time. He was an honorable mention All-Big 12 selection each of the last two seasons. The Daingerfield, Texas native was second on the team in tackles (103) in 2012 and fifth (73) last season after missing most of the final three games due to injury.

Hicks, a senior from Cincinnati, Ohio, has been slowed by injuries the last two seasons, but played in every game as a freshman and sophomore, recording 65 tackles in 2011. Hicks had a team-high 41 tackles before suffering a season-ending Achilles injury vs. Kansas State in the fourth game of 2013. 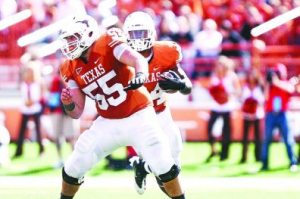 Espinosa is appearing on his third watch list of the preseason. Last week, he earned spots on the watch lists for the Rimington Trophy (top center in the nation) and Outland Trophy (most outstanding interior lineman). The Cedar Park, Texas, native has played in 39 career games, all starts at center over the last three seasons for the Texas Longhorns Football team. Espinosa’s 39 straight starts are the most of any returner for the Longhorns.

Espinosa earned honorable mention All-Big 12 honors in 2013 after helping the offense rank 36th nationally in rushing (196.2 yards per game), and aiding the line in surrendering just 16 sacks (1.3 pg), which ranked tied for 17th fewest in the FBS. 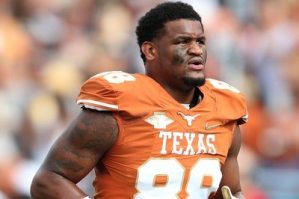 A senior from Cleveland, Texas, Reed is coming off his best season and is also on the 2014 watch lists for the Nagurski Trophy and Bednarik Award (both nation's top defensive player). He earned 2013 first team All-Big 12 honors after posting 79 tackles, including 10 sacks, and five forced fumbles. Reed ranked third in the Big 12 and tied for 18th in the FBS in sacks (0.77 per game), and tied for second in the league and tied for fifth in the nation in forced fumbles (0.38 pg).

The Butkus Award is presented by the Butkus Foundation with the watch list narrowed to semifinalists on Oct. 27, followed by finalists on Nov. 24before the winner is presented with the trophy on their campus the week of Dec. 6-9.

The Rotary Lombardi Award is present by the Rotary Club of Houston. The watch list is intended as a reference tool for the Selection Committee and will be periodically updated and revised through the conclusion of the voting to determine the 12 semifinalists. The winner will be announced at the 45th Rotary Lombardi Award dinner, which will be held on Wednesday, Dec. 10, 2014 at the Bayou Music Center in Houston, Texas.