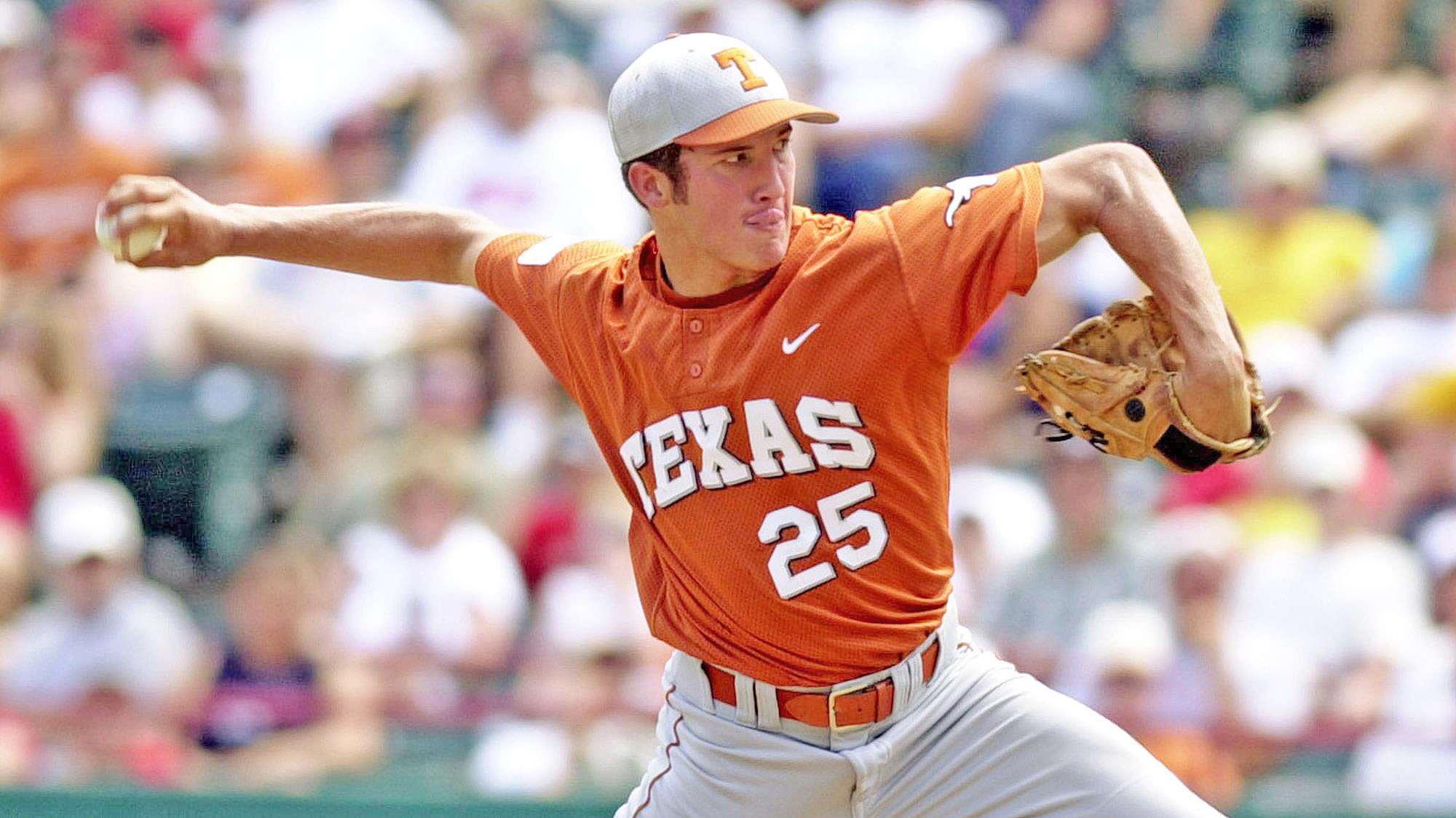 ESPN has named its Greatest All-Time College Baseball Team, and not surprisingly, the list of former collegiate stars includes includes a pair of former Texas Longhorns.

Former UT pitchers Greg Swindell and Huston Street were named to the team, which was selected through a fan vote on ESPN.com.

LSU was the only team with three representatives: pitcher Ben McDonald, second baseman Todd Walker and third baseman Alex Bregman. Texas was joined by Florida State (center fielder J.D. Drew and catcher Buster Posey) with a pair of players on the list.

The lone left-handed pitcher on the team, Swindell compiled an absurd record of 42-8 for the Longhorns from 1984-86, and a stingy earned run average of 1.92. Although he has not played a game for the Longhorns in 36 years, he still holds a pair of the most significant program records in program history, with 501 career strikeouts and 14 shutouts.

He was an incredibly durable pitcher in a time when coaches managed their staffs differently than today. In the 50 games he started for UT, he threw 32 complete games, and piled up 440 career innings pitched — an average of 8.8 innings per start. By comparison, Bryce Elder led the 2020 pitching staff with an average of 6.5 innings per start, and only one other Texas hurler, Ty Madden (6.25 innings per start), averaged more than Coy Cobb’s 3.9 innings per appearance.

Texas dominated the Southwest Conference during Swindell’s career, winning the conference title in 1984 and 1985 and sharing the crown in 1986. He earned All-SWC and first-team All-America honors in all three seasons, and was the 1986 SWC Player of the Year and 1986 Collegiate Baseball National Player of the Year. Swindell has been inducted into the Texas Athletics Hall of Honor, College Baseball Hall of Fame and Texas Sports Hall of Fame.

Street was a three-time All-America who struck out 177 batters over 178.1 innings in 105 career innings. He had a career-record of 18-3 and allowed opposing batters to hit just .172, the third-best opposing batting average in program history. He is a member of the Texas Athletics Hall of Honor and Omaha College Baseball Hall of Fame.