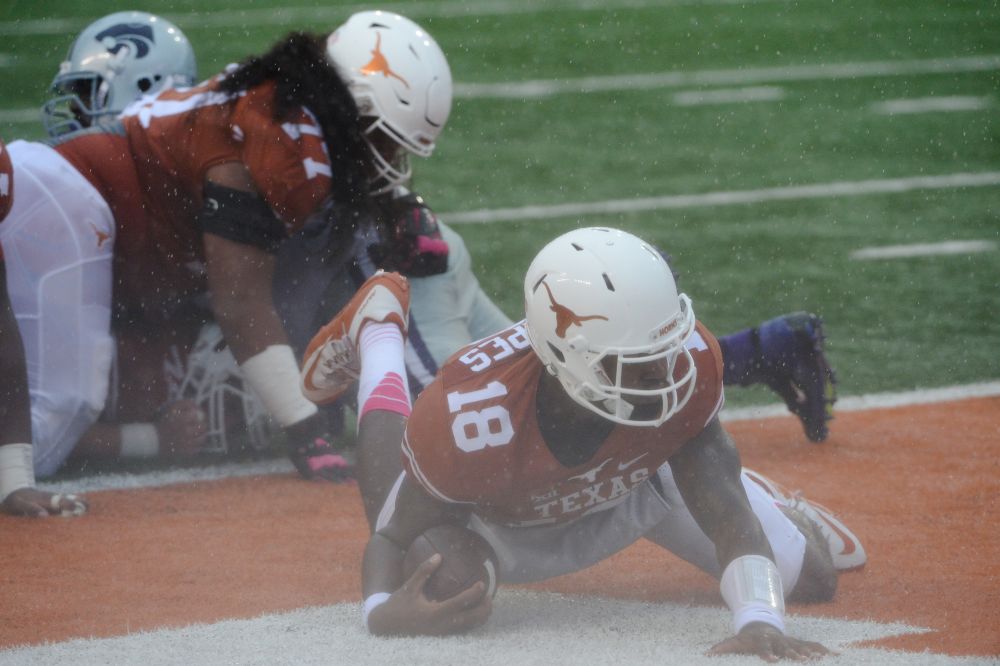 There was a time before the 2014 season when head coach Charlie Strong considered moving 6’4”, 244-pound quarterback Tyrone Swoopes to tight end to take advantage of his soft hands, size and powerful running ability. Instead Swoopes started the final 12 games at quarterback last season and the first contest of 2015 before being relegated to a backup roll.

And now he’s all the rage and the talk of the 40 Acres.