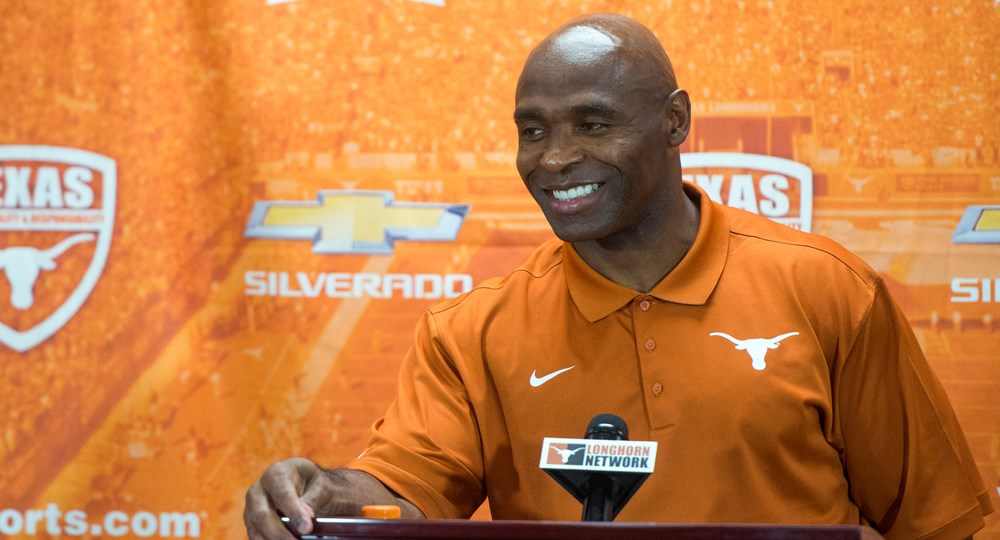 Texas football head coach said the Longhorns used outsiders' negative critics about the team as motivation to get back on course after a 1-4 start to the 2015 season (photo courtesy of texassports.com).

The Texas football team at 3-4 is certainly a happier bunch than it was at 1-4 heading into Dallas to play Oklahoma, but the turnaround the past two games was foretold a month ago by head coach Charlie Strong.

The Longhorns have shown their true colors the past two weeks by bludgeoning OU and Kansas State with a powerful running game and a defense that dominated the line of scrimmage. Was this the team that Strong saw coming — the light at the end of the tunnel after winning just once in the first five games?