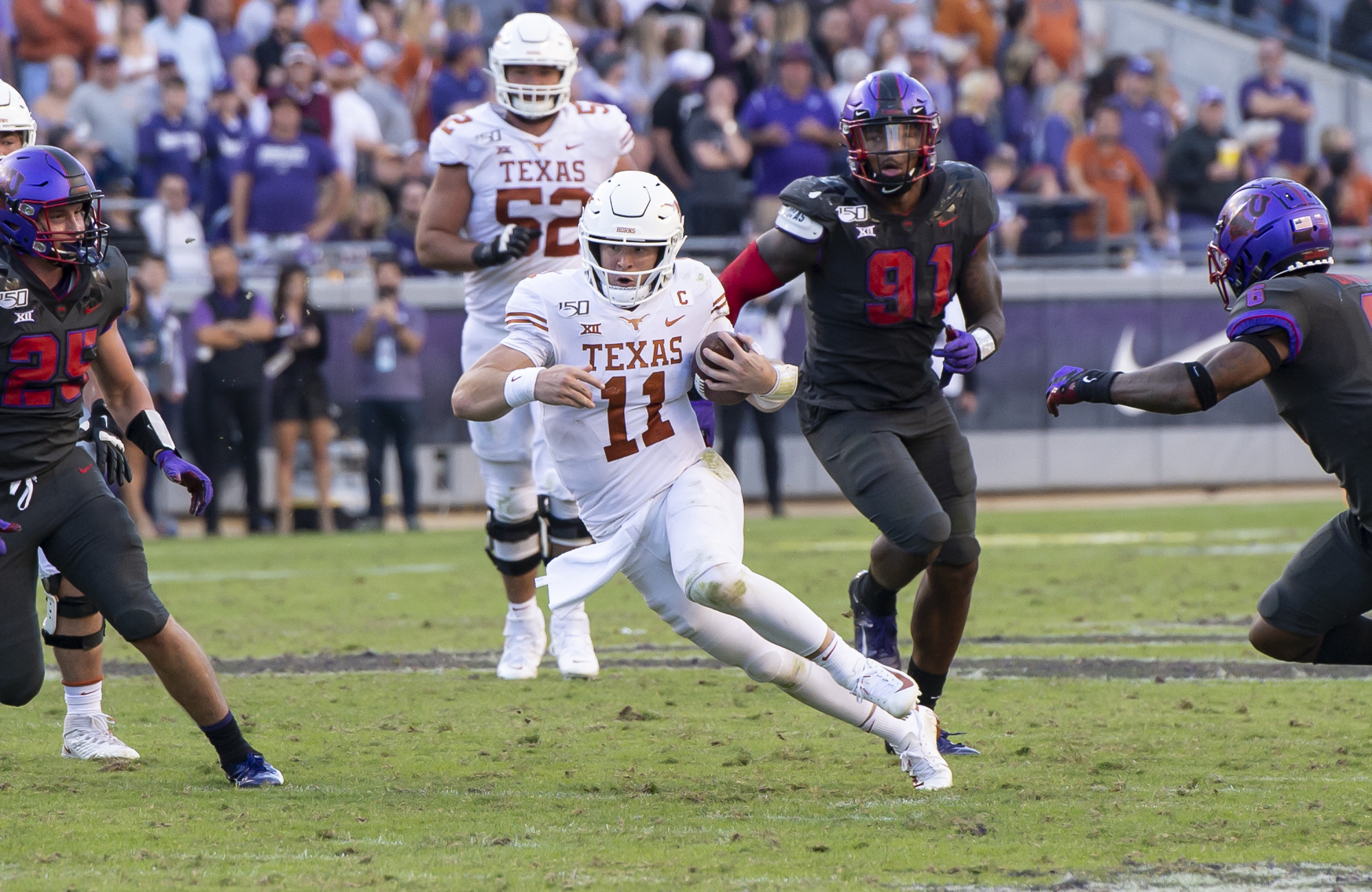 Quarterback Sam Ehlinger was one of three upperclassmen who spoke up at halftime in Saturday's win over Kansas State (photo by Don Bender / Horns Illustrated).

Texas may have played its best half of the season Saturday in its 27-24 win over Kansas State, and some halftime talks by teams leaders may have contributed to that.

Trailing, 14-7, to the Wildcats entering the break, three team leaders