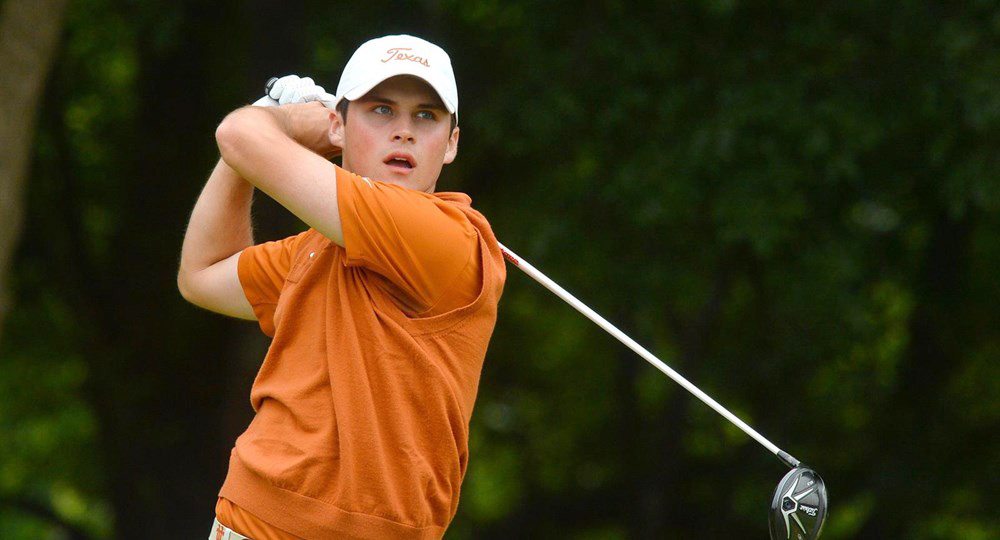 Junior Gavin Hall, above, and sophomore Doug Ghim earned second-team PING All-America honors after they helped lead the University of Texas to second place at the NCAA Championship (photo courtesy of texassports.com).

AUSTIN, Texas — A season that ended just shy of a national championship for the Texas Longhorns continued to produce recognition for the program Thursday when Gavin Hall and Doug Ghim earned second-team PING All-America honors, the Golf Coaches Association of America announced.

The honors were the second for both players, each of whom earned honorable mention honors a year ago.

Hall won a pair of tournaments this season: the John A. Burns Intercollegiate in February and The Maxwell in April, and finished among the top 10 in five other tournaments. He earned second-team All-America honors from Golfweek, was a Jack Nicklaus Award semifinalist and earned All-Big 12 and Academic All-Big 12 first-team honors this season.

Ghim finished in the top 10 seven times during his sophomore season, including a tie for second at the NCAA Regional in May. He also tied for third at the Valspar Collegiate and tied for fourth at the Big 12 Championship. He wrapped up the season with three wins in three matches during NCAA Championship match play.

Ghim also earned second-team All-America honors from Golfweek, was a Jack Nicklaus Award semifinalist, an All-Big 12 selection and was picked to represent the United States in the 2016 Palmer Cup.

Ghim and Hall are the second and third Longhorns to earn All-America honors this season; junior Beau Hossler was a first-team honoree.