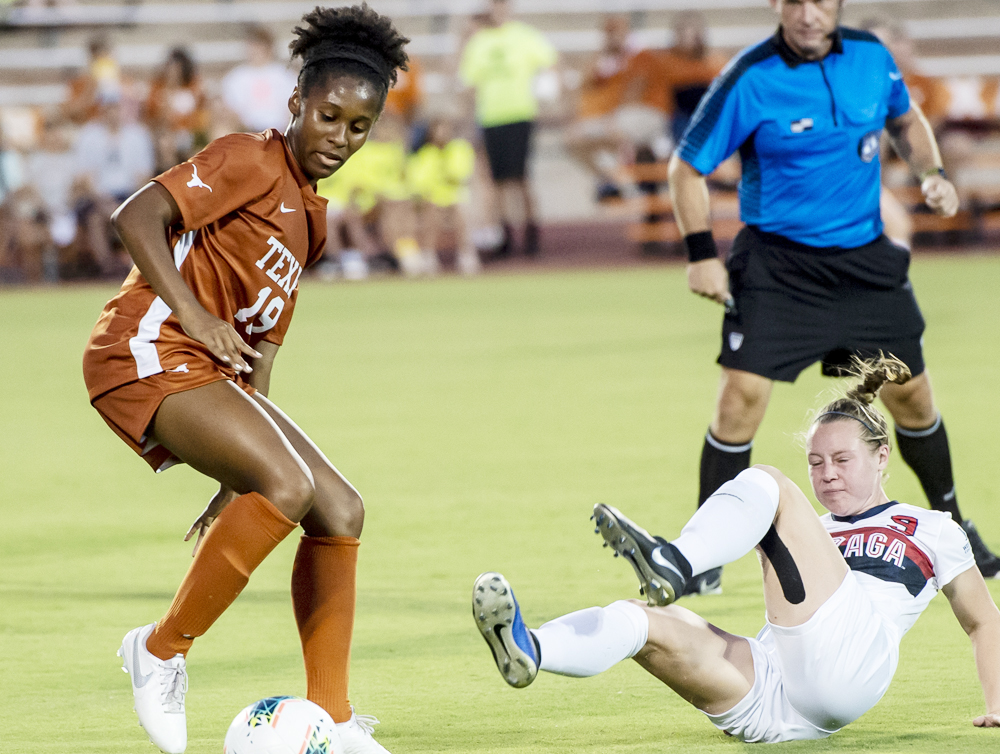 AUSTIN, Texas — Senior forward Cyera Hintzen scored her first goal of the season in ther 81stminute to break a 3-3 tie and served up a career-high three assists to lead the No. 19 Texas soccer team to a 4-3 win over Gonzaga Thursday at Mike A. Myers Stadium.

After giving up the first goal of the season to Gonzaga’s Erin Healy in the 14thminute, Texas got the equalizer in the 34thminute when freshman forward Sydney Nobles converted Hintzen’s first assist into the first goal of her college career on a shot into the left side of the goal from about 18 yards out.