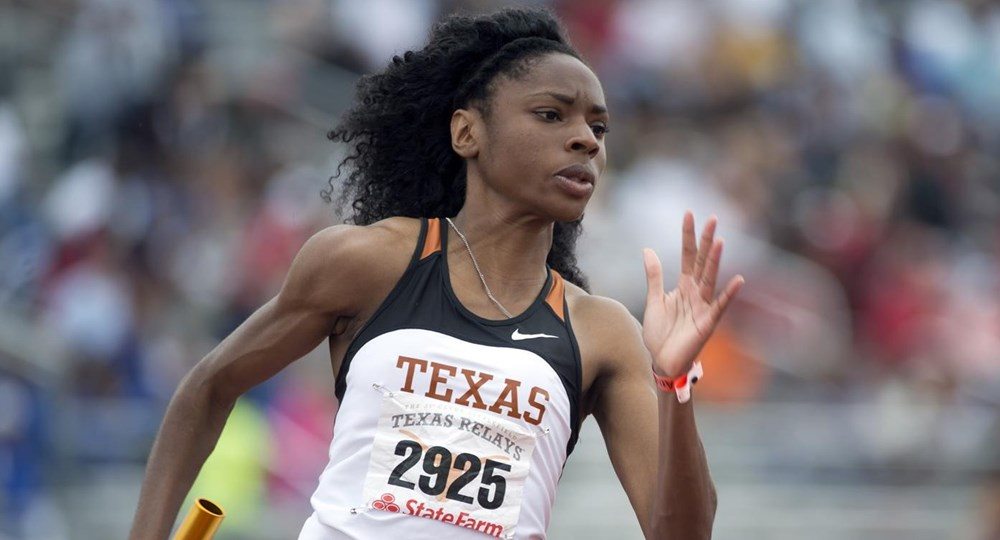 Texas track and field star is up for multiple awards after her standout season (photo courtesy of texassports.com).

AUSTIN, Texas — The accolades continue to pour in for University of Texas sprinter Courtney Okolo. She was nominated Tuesday for the Honda Sport Award for track and field; Wednesday, she was named by the U.S. Track and Field and Cross Country Coaches Association as a semifinalist for the 2016 Bowerman Award.

The Bowerman is considered the top individual award in college track and field. Okolo is one of 10 female semifinalists. She is one of four nominees for the Honda Award, which has been presented by the Collegiate Women Sports Awards for the past 40 years to the top female student-athletes in 12 NCAA-sanctioned sports and signifies “the best of the best in collegiate athletics.”

Okolo stood alone among college runners in the 400 meters, winning the NCAA Indoor and Outdoor Championships and shattered her own college outdoor record when she clocked a 49.71 at the LSU Alumni Gold; she now has run four of the fastest times ever record by a female college runner. She also ran the anchor leg on UT’s 4x400-meter relay team that won the NCAA Outdoor Championship in the event last week in Eugene, Ore., surging from 20 meters back in the final 150 meters to win the event for the Longhorns. She also has won the last three Big 12 titles in the event.

The Bowerman Advisory Board will narrow the 10 semifinalists down to three finalists, who will be announced June 23. The winner of each Honda sport award becomes a finalist for the Collegiate Woman Athlete of the Year and the Honda Cup, which will be presented June 27.