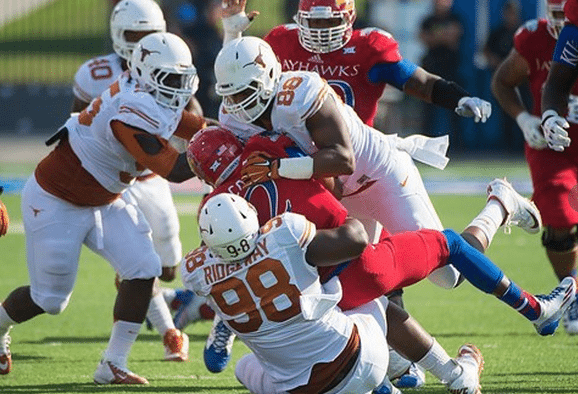 LAWRENCE, Kan. – Years from now, when it comes down to recalling Texas’ 23-0 win against Kansas Saturday, it likely won’t be a game that’s remembered for anything other than the final score and the fact that the Horns found a way to win a contest that it needed badly.

But a win is a win, even if it’s an ugly one against a team that spent more time beating itself than finding a way to beat Texas on a picture-perfect afternoon at Memorial Stadium in Lawrence.

The Longhorns found a way to take enough advantage of Kansas’s many mistakes, including