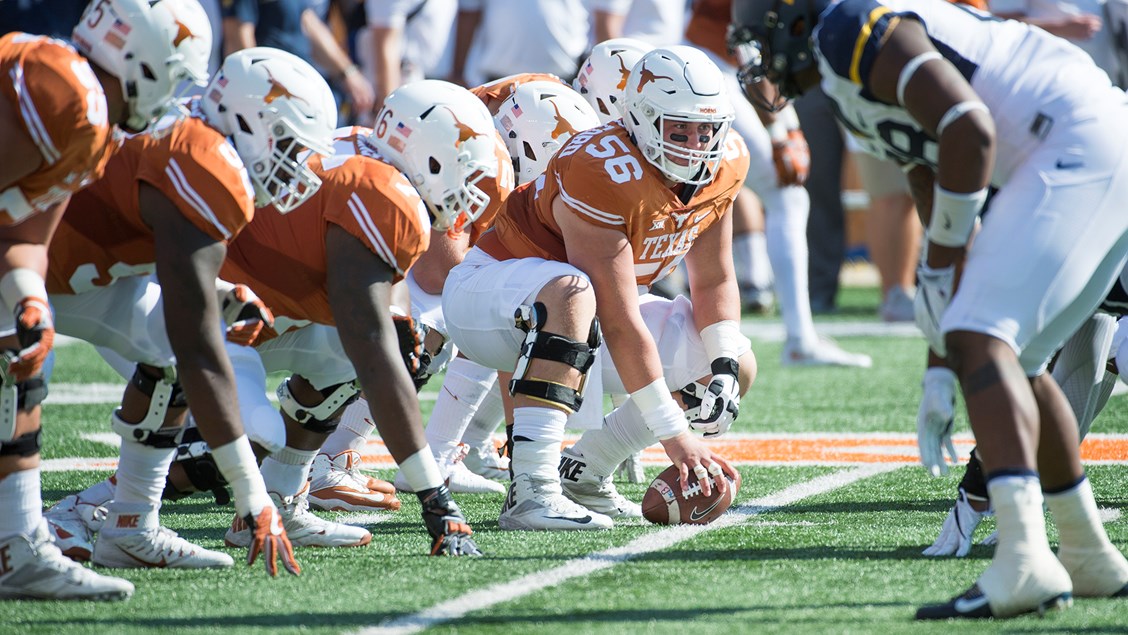 Texas center Zach Shackelford said the number of close games in whichTexas has played is a result of the fact that opponents find extra inspiration when playing against the Longhorns (photo courtesy of texassports.com).

AUSTIN, Texas — It would take a miraculous series of events for Texas to reach the Big 12 championship game following a loss to Iowa State that dropped it to 4-3 in games against conference opponents.

As a season that started with high expectations has devolved into one in which they now are fighting for a mid-tier bowl game, Longhorn players