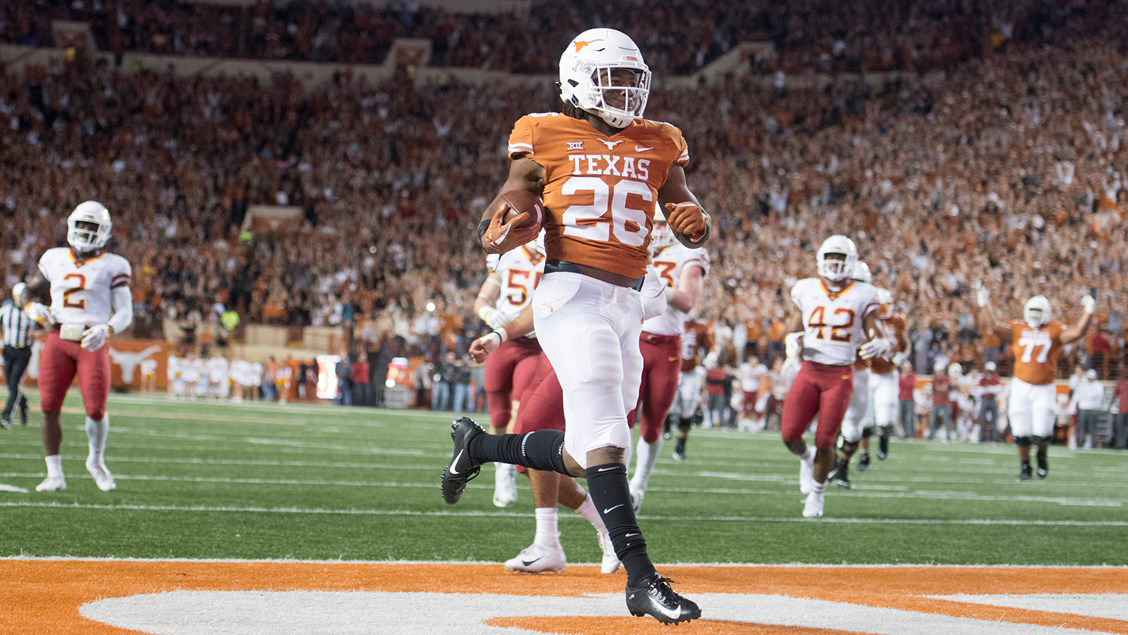 The Longhorns' presumed starting running back in 2019, Keontay Ingram hobbled to the bus at Wright Whitaker Fields with the aid of a crutch after "tweaking" his left knee in the Texas football team's first 2019 scrimmage (photo courtesy of texassports.com).

AUSTIN, Texas – When the Texas football team opened its preseason drills Aug. 2, one of the aspects of focus for head coach Tom Herman and his staff was getting more, and more consistent, production from his running backs.

In the matter of three days this week, the questions surrounding the Longhorns’ running backs have escalated into real concerns, thanks to