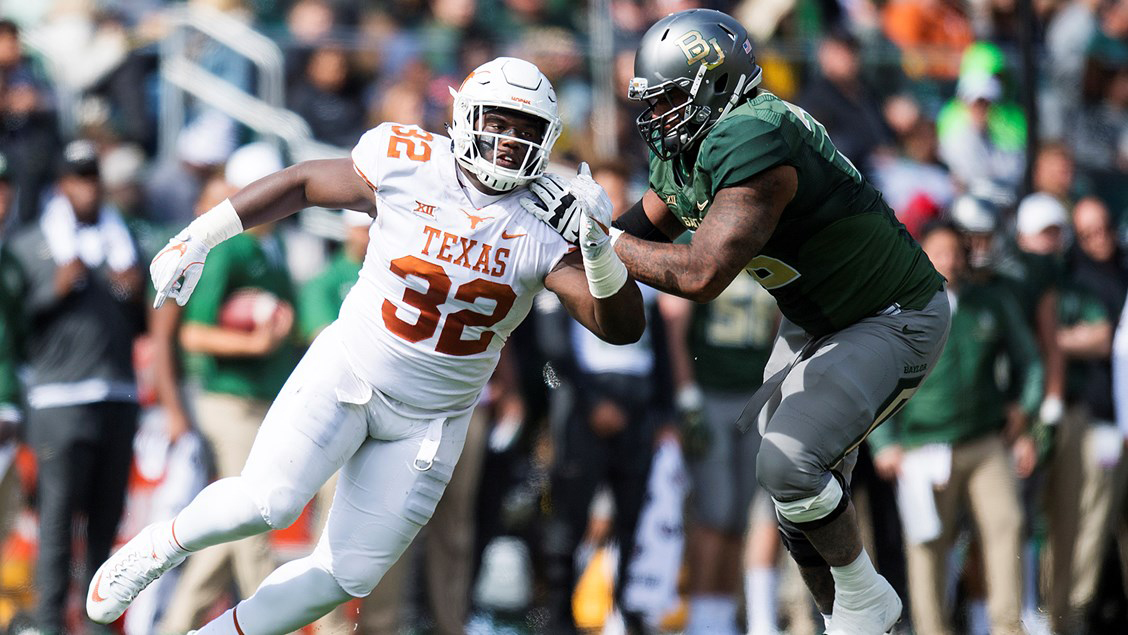 Texas defensive coordinator Todd Orlando is a likely candidate to assume the role of unofficial leader of the defensive line in 2019 (photo courtesy of texassports.com).

It’s no secret that college football offenses have increased their reliance on the passing game in recent years. Yards, and more importantly, points, have gone up as coaches figure out more ways to get the ball downfield and into the hands of some of their teams’ most dangerous playmakers.

That aerial approach affects both sides of the ball, of course, and Texas defensive coordinator Todd Orlando and his staff understandably are putting a heavy emphasis on containing opponents’ passing attacks.