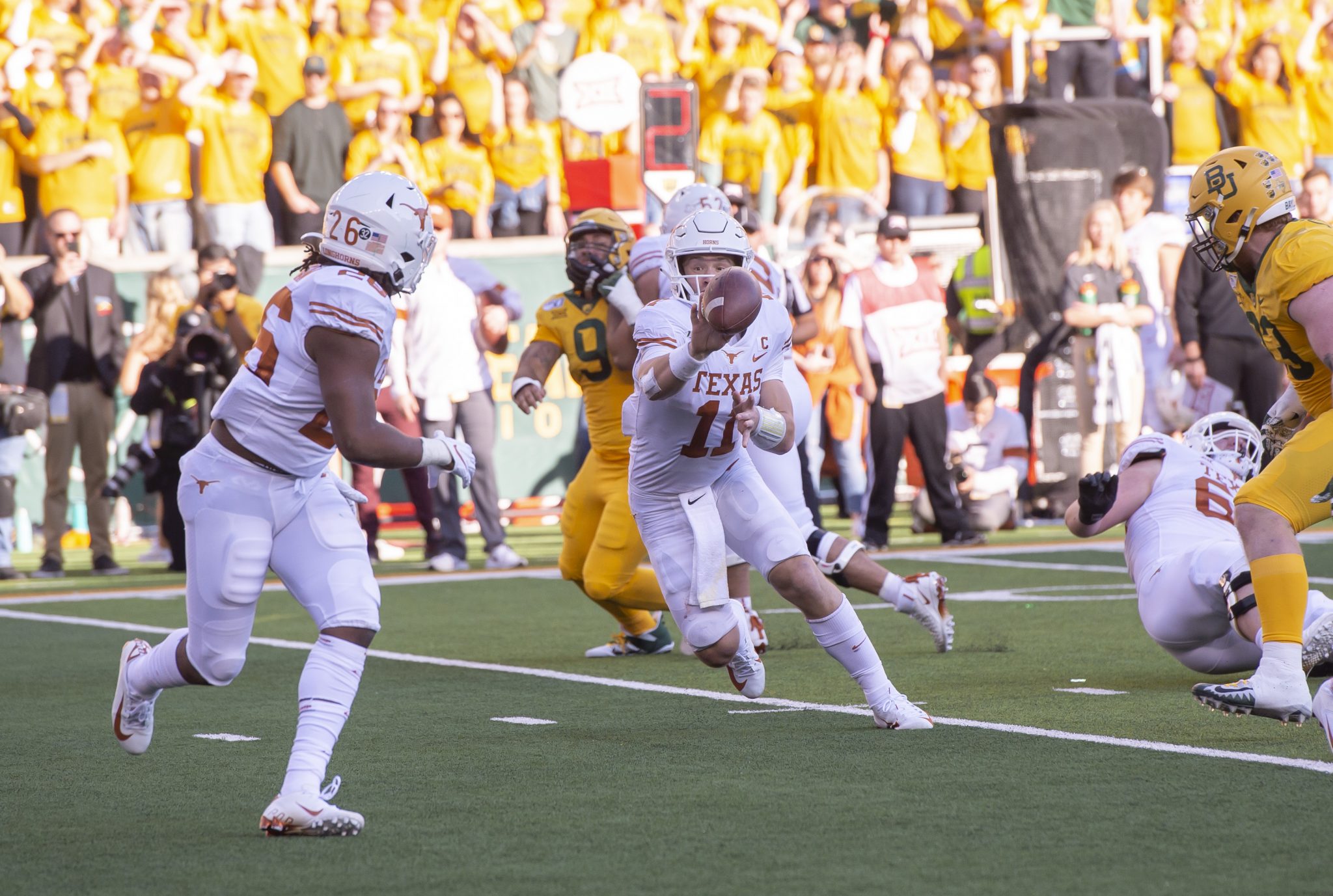 Sam Ehlinger has been a proven runner from the quarterback position, but for the Longhorns to beat Texas Tech in the regular-season finale and then fare well in a bowl game, Ehlinger and the UT passing game need to improve significantly (photo by Don Bender / Horns Illustrated)

As Tom Herman and the Longhorns prepare for the final game of the season this Friday against Texas Tech, it could be said that the program is somewhere between a rock and a hard place. Having lost three of the past four games, the 2019 season has not been what was predicted early on. However, every week brings new opportunity and such is the case Friday in the 67th meeting between the teams.