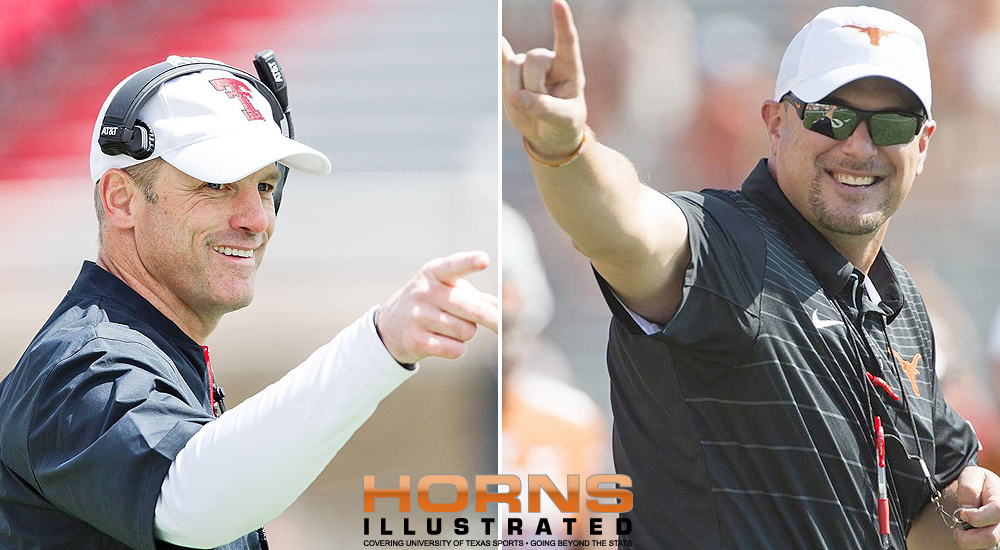 Texas football head coach Tom Herman and the Longhorns will try to prevent first-year head coach Matt Wells from leading Texas Tech to its third consecutive victory in Austin when the Longhorns and Red Raiders square off Friday (photos courtesy of texastech.com and texassports.com / graphic by Horns Illustrated).

AUSTIN, Texas — Things have not exactly gone as planned for the Texas football team this season, but the Longhorns have one more chance to make a statement about the postseason ahead and campaigns in the near future Friday when they host Texas Tech at Darrell K Royal-Texas Memorials Stadium.

No one, least of all the Texas players and coaches, thought they would need to beat the Red Raiders to guarantee a winning record for the year. But that is what happens when a confluence of injuries, unimaginative play calling and poor defense come together in the most inopportune times.

It surely didn’t help either that