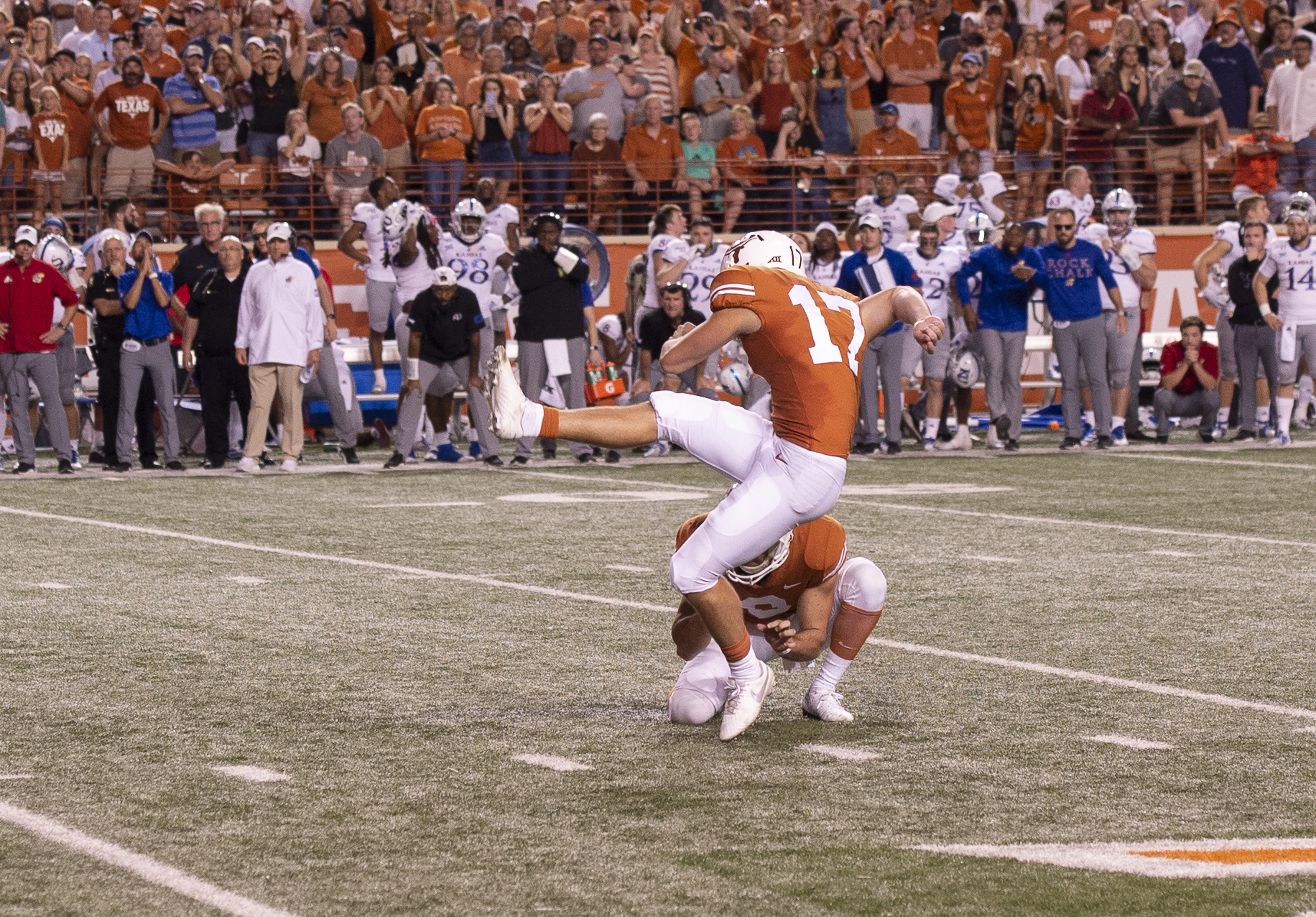 Some teammates can't watch, but the Longhorns have extreme faith in kicker Cameron Dicker (photo by Don Bender / Horns Illustrated).

There was a range of emotions all over the Texas sideline when kicker Cameron Dicker trotted on to the field to attempt the game-winner against Kansas, as players dealt with the stress in several ways.

“Guys are always different,” wide receiver Collin Johnson said. “Some people can’t watch, some are saying prayers, some are staring. I just watch and maybe say a little prayer in the back of my head. (Dicker) does it all the time in practice — he has ice in his veins.”

One common theme was