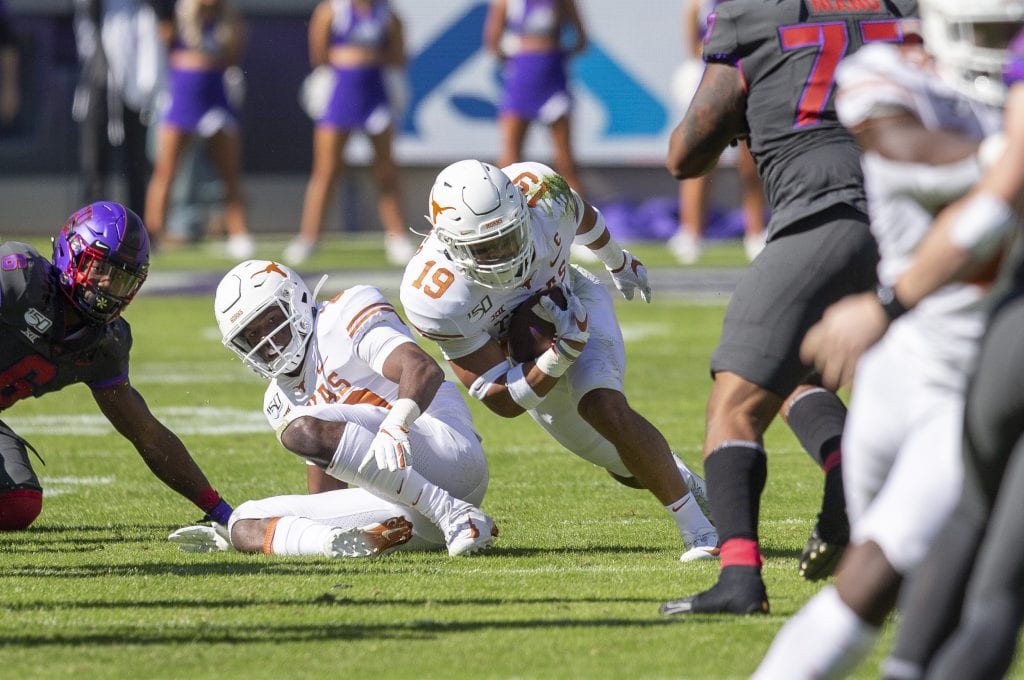 Has carrying the Longhorns worn down Sam Ehlinger?

Ehlinger will be the first to tell you that UT’s success has been accomplished by the whole squad, and we all know the game is a team sport. But it already has been proven that Ehlinger has to play well for Texas to win, and when he doesn’t — and he didn’t against the Horned Frogs in Saturday’s 37-27 Texas loss in Fort Worth — the chances of a UT victory decrease.

“We got a lot to work on,” Ehlinger said. “We got to come together after a loss like this.”

Sam Ehlinger on being mentioned alongside other legendary UT quarterbacks from The Jim Rome Show on Vimeo.

Ehlinger finished with 321 yards and two touchdowns passing and ran — it was actually scrambling, rather than designed running plays — for another 43 yards, totals that usually would have been more than enough to lead Texas past TCU.