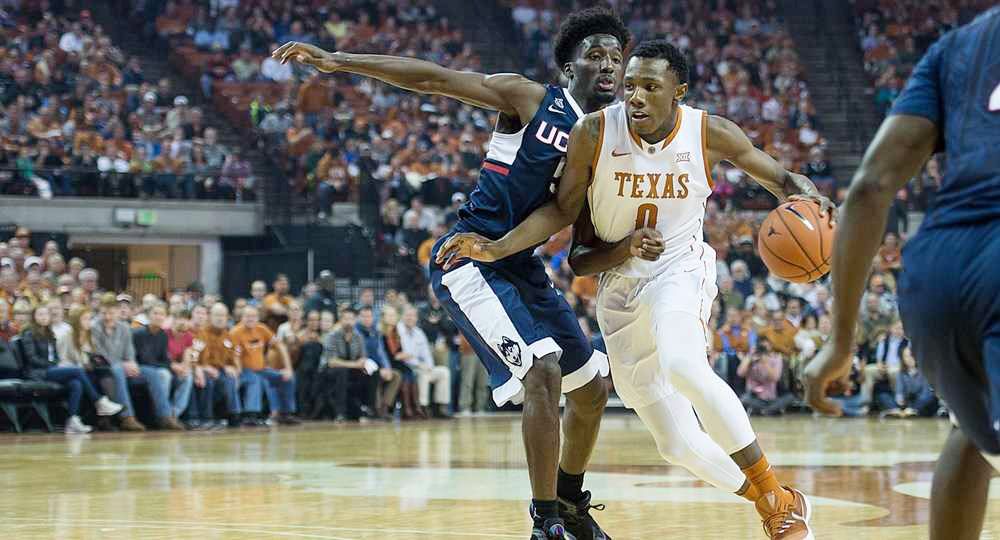 Sophomore guard Tevin Mack led the Texas offense with 18 points as the Texas men's basketball team pulled away from UAB, 96-60, at the Frank Erwin Center (photo courtesy of texassports.com).

AUSTIN, Texas — The Texas men's basketball team had a measure of frustration — call it a Santa Claus-on-Christmas Eve-delivery-sized bag of angst — to unload on some unwitting opponent after a series of close-call losses in the first two months of the season.

The Longhorns took out that frustration Wednesday on UAB, whipping the Blazers, 96-60, at the Frank Erwin Center in a game that wasn’t nearly as close as the lopsided score indicates. Sophomore swingman Tevin Mack poured in 18 points in leading four teammates in double-figure scoring.