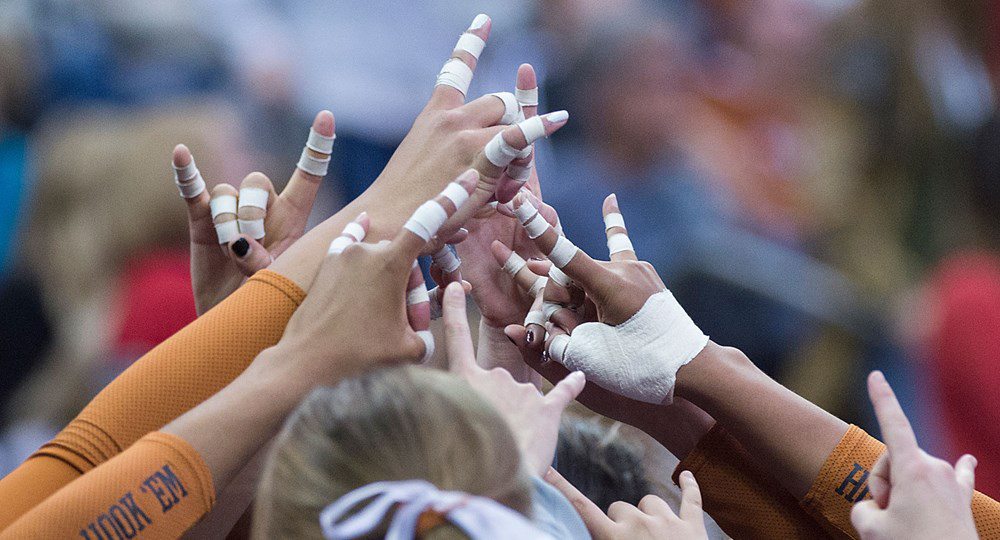 For the second time in as many seasons, the University of Texas volleyball team made it to the NCAA championship match ... and for the second time, the Longhorns came up short, this time falling in four sets to the Stanford Cardinal (photo courtesy of texassports.com).

COLUMBUS, Ohio — The Texas volleyball team forged a berth in this year’s national championship match by improving by leaps and bounds throughout the season and by just being more physically talented than its first five opponents in the NCAA tournament.

But the dream of winning it all died on the vine when the Longhorns ran into Stanford, an opponent that was just too tough to handle. The Cardinal, riding the 18 kills of Amanda Plummer and a redwood-like line of defense, beat Texas, 25-21, 25-19, 18-25, 25-21 at Nationwide Arena to win its record-tying seventh title and first in 12 years.

The Longhorns, who fought valiantly, came up short