From El Paso, Texas studying corporate communications, redshirt junior #17 Ivan Melendez recorded two home runs, seven RBI, five base on balls (BB) on 10 at bats and striking out five times in the series. Interestingly, Melendez has a .200 batting average, .800 slugging percentage, and a .467 on base percentage.

Shortstop from Richmond, Texas, redshirt sophomore #0 Trey Faltine was at the plate 13 times and produced five hits, six RBI, two doubles, one home run, and five strikeouts. Faltine gets on base .429 of the time.

The Longhorns players have had 28 base on balls (BB) in the first three games.

Texas’ on base percentage from 2016-present:

Texas goes on the road to Whataburger Field to play Texas A&M-Corpus Christy on Tuesday and Wednesday.

I am not controversial, but conversational and have three objectives. First is to give value to those who would spend time with our content. Second is to be respectful of others and for the opportunity to tell a positive story about all of the Texas Longhorns teams, players, and coaches regardless of their record. Lastly, to put wind in the sails of others using the Horns Illustrated platform. 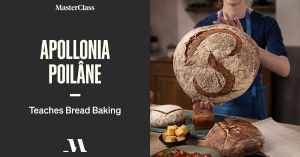