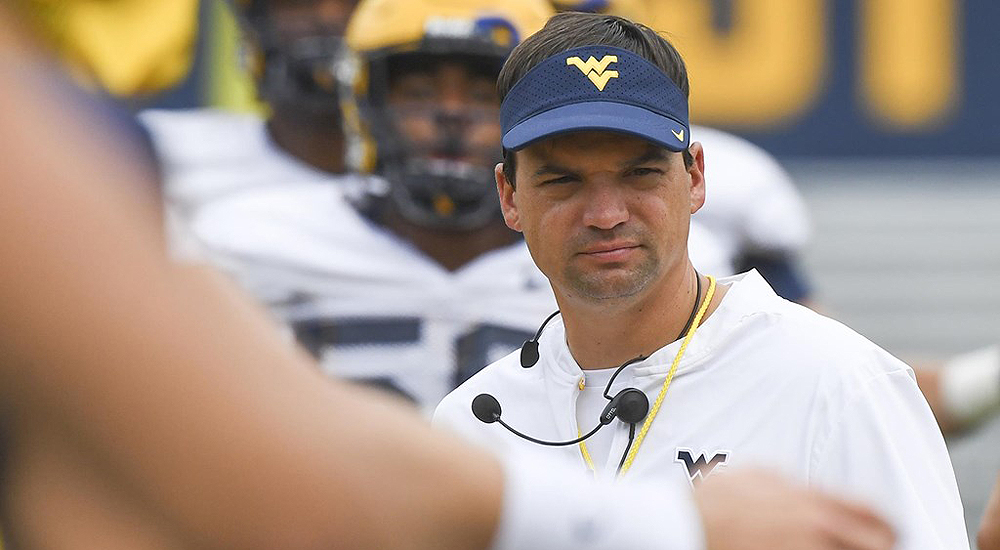 Just like the Texas Longhorns, first-year head coach Neal Brown and his West Virginia team enter Saturday's game against UT with a 3-1 record, including a 1-0 mark in games against Big 12 teams (photo courtesy of wvusports.com).

AUSTIN, Texas — Don’t expect No. 11 Texas to be off its game or intimidated by a raucous West Virginia crowd when it travels outside the Lone Star State for the first time this season and plays its first true road game Saturday afternoon against the Mountaineers in Morgantown

The matchup against West Virginia is another in a long line of tough Big 12 Conference games and is the kind of test that would cause Texas fans consternation in years past. That was before the Tom Herman-preached mantra of "going 1-0” each week had taken hold and the Longhorns’ talent level was mercurial but inconsistent.

Instead, it would be a surprise if