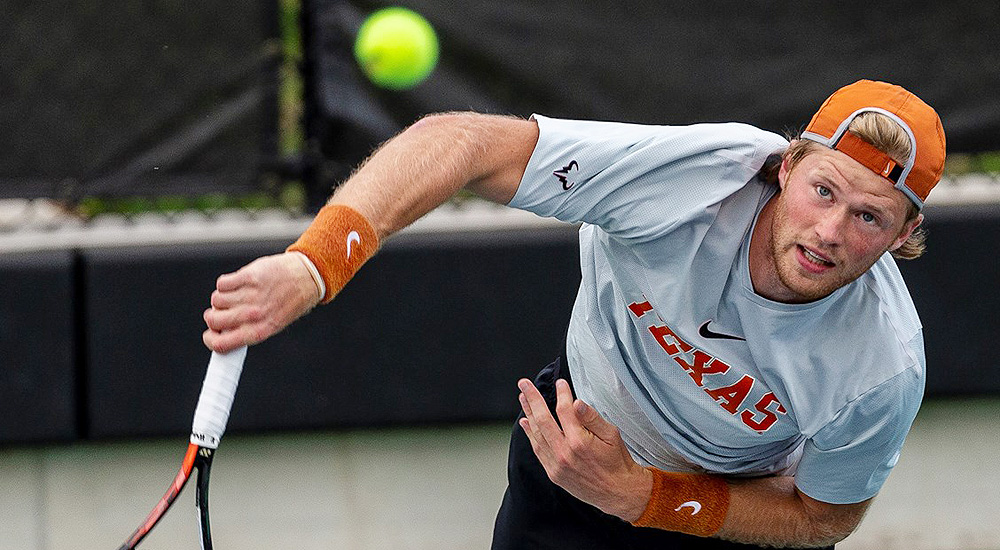 Junior Christian Sigsgaard won the No. 1 singles match and teamed with Harrison Scott to win at No. 1 doubles, lifting the Longhorns to a 4-0 win over Tennessee Tech in the first round of the NCAA Championship (photo courtesy of texassports.com).

AUSTIN, Texas — The No. 2 University of Texas men’s tennis team made quick work of Tennessee Tech Friday, sweeping the Golden Eagles, 4-0, in the first round of the NCAA Championship at the Texas Tennis Center. The Longhorns advance to the second round, where they will face the winner of Alabama and South Florida at 3 p.m. Saturday.

Friday’s match started an hour earlier than originally scheduled, because of the threat of inclement weather. Thanks to the quick match, the teams were able to escape the courts before the rain hit.

“I was pleased with how our guys performed with the change in the schedule today,” interim head coach Bruce Berque said. “I think they did a good job. We only had one small change