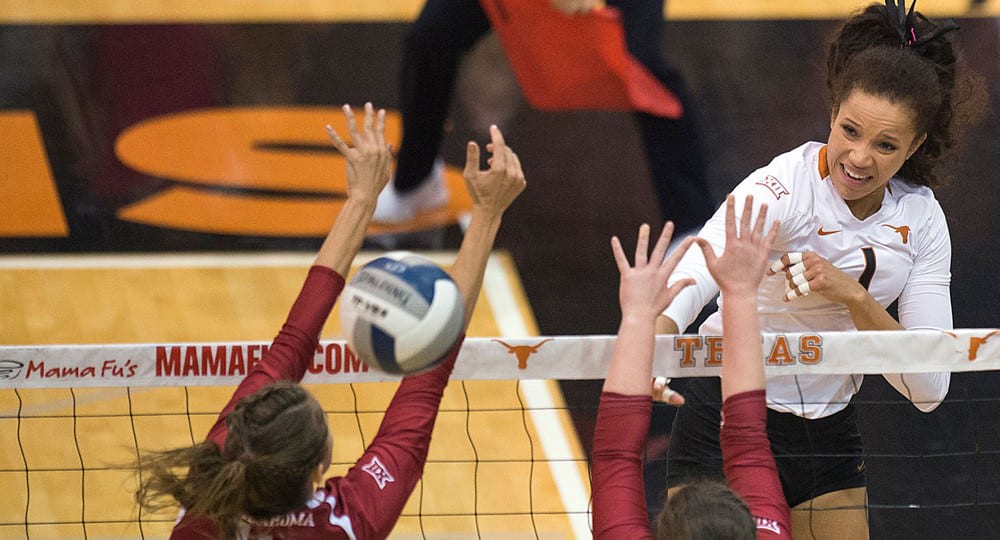 Junior Micaya White hammered home 16 kills to lead the Texas offense, but it was not enough as the Longhorns fell in four sets to Kansas (photo courtesy of texassports.com).

LAWRENCE, Kan. — All season, the Texas Longhorns have been viewed as the prohibitive favorite in the Big 12. After Wednesday’s four-set loss to Kansas, the conference hierarchy is a bit murkier.

The loss was the Longhorns’ first in the last 25 matches against a Big 12 team.

Ashley Shook set the table for her teammates with a team-leading 37 assists, and added seven digs and three aces, while Sydney Peterson led the UT defense with 15 digs.

Texas will remain north of the Red River for its next match, as the Longhorns take on Oklahoma at 7 p.m. Saturday in Norman.