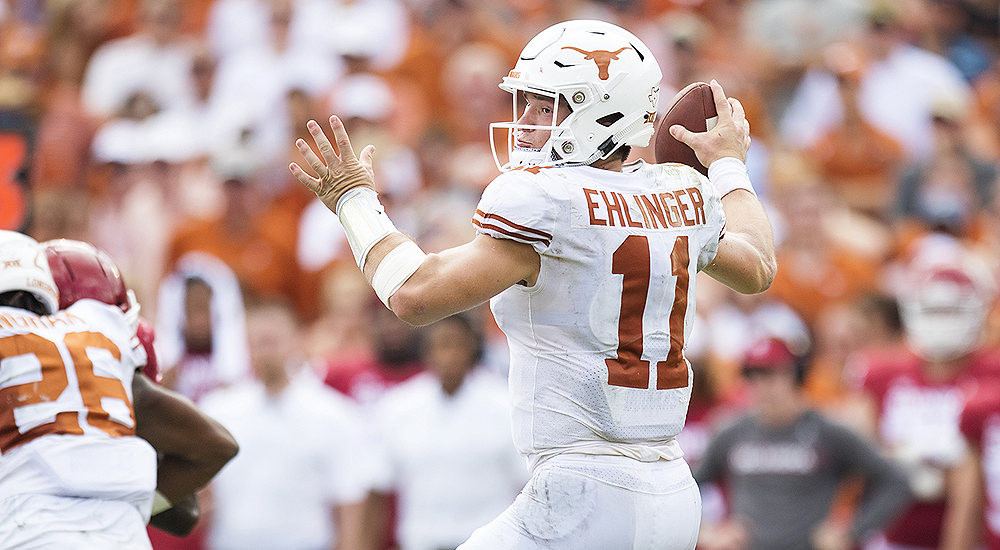 Texas quarterback Sam Ehlinger and his teammates are firmly convinced he can and will bounce back from the aberration that was his four-interception outing against TCU (photo courtesy of texassports.com).

AUSTIN, Texas — Texas quarterback Sam Ehlinger, who only threw five interceptions during all of 2018, threw four picks against the Horned Frogs, something he said he can’t recall doing before at any level.

“Obviously you can’t win games when you don’t win the turnover battle,” he said. “It’s as plain and simple as that.”

Players said there is