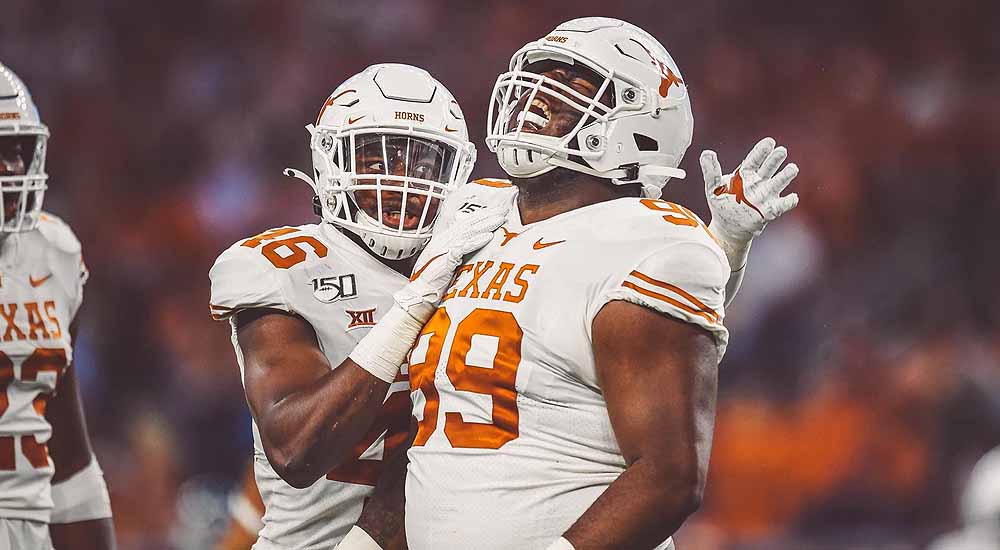 In Kansas State quarterback Skylar Thompson, defensive lineman Keondre Coburn and his teammates on the Texas defense will face a quarterback who bears a striking resemblance to their own signal caller, Sam Ehlinger (photo courtesy of texassports.com).

AUSTIN, Texas — The Texas defense will see another dual-threat quarterback in Wildcats’ signal caller Skylar Thompson, who comes into the game as one of the hottest players in the country after rushing for seven touchdowns in the last two games (wins over Oklahoma and Kansas) while being efficient in the passing game.

“The way he can get out and run is impressive,” Coburn said. “He had some amazing runs against Kansas.”