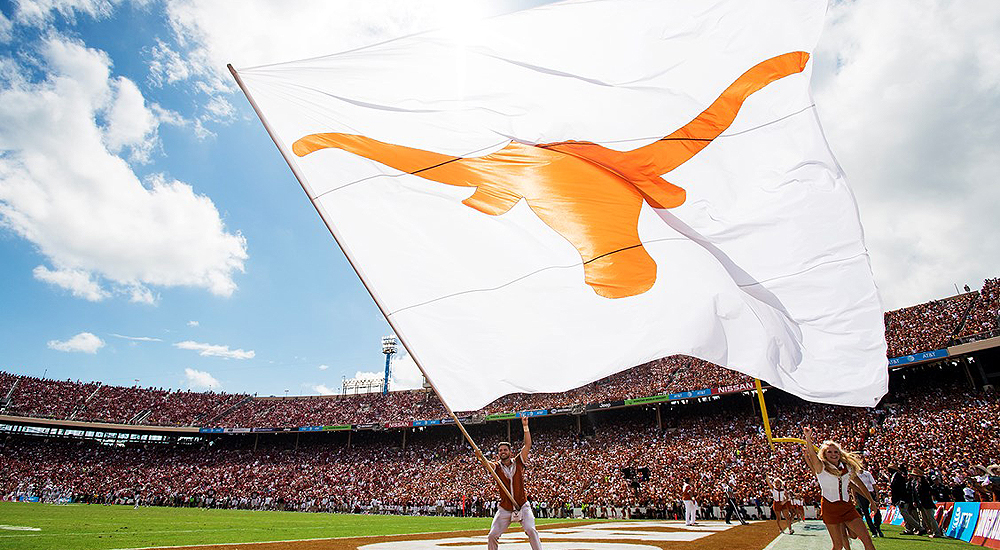 Seven former Texas athletes are on the Texas Sports Hall of Fame's primary ballot for the class of 2021 (photo courtesy of texassports.com).

Dawson was a four-year starter at UT who left campus with 13 program records, including most career points (339), career field goals (59) and field goal accuracy (74.7 percent). When finished his career at Texas, he ranked No. 16 on the NCAA’s all-time scoring list, No. 12 in NCAA scoring by a kicker and 31st in all-time field goals made. He converted a UT-record 15 consecutive field goal attempts in 1996-97, and established another program standard by connecting on six consecutive field goals of 50 or more yards. Dawson signed as a free agent with the Cleveland Browns in 1999 and spent more than two decades in the NFL. He was a second-team All-Pro selection in 2007 and 2012 and was inducted into the Texas Athletics Hall of Honor in 2012.

Ethridge was the Longhorns’ starting point guard and led UT to a 34-0 record — the first in women’s college basketball — in a 1986 season that ended with Texas winning the national championship. A two-time All-America honoree, Ethridge was inducted into the Women's Basketball Hall of Fame in 2002 and was a member of the inaugural class of the Texas Women's Athletics Hall of Honor in 2000. In 1986, she won the Honda Award for basketball and the Honda-Broderick Cup, which is given to the nation's top female athlete in all sports. She claimed the 1986 Wade Trophy, awarded to the best women's basketball player in the country, and also garnered the Frances Pomeroy Naismith Award, which recognized the most outstanding NCAA Division I female basketball player under 5-foot-8. She led the Longhorns in assists during each of her final three seasons and in steals in 1983-84 and 1985-86. She is UT's all-time career leader in assists with 776. Ethridge won an Olympic gold medal with the United States at the 1988 Seoul Games. Texas Athletics retired Ethridge's No. 33 jersey Sept. 7, 2019, making her the first female student-athlete in school history to have her jersey retired.

Holmes finished his career ranked No. 25 in Texas rushing history. He was a captain in his senior season, and is best remembered by many for rushing for 120 yards and three touchdowns in UT’s upset of two-time defending national champion Nebraska in the 1996 Big 12 Championship. He capped off the 1994 season by earning Sun Bowl Most Valuable Player honors when he rushed for 161 yards and four touchdowns in a victory over North Carolina. Holmes signed with the Baltimore Ravens as a free agent in 1997 and went on to become a three-time Pro Bowl running back with the Kansas City Chiefs. In 11 NFL seasons, Holmes rushed for 8,172 yards and 72 touchdowns, and finished his career with 10 different Kansas City career records and eight single-season marks. He won Super Bowl XXXV with the Ravens and was a three-time first-team All-Pro selection from 2001-03 after he joined the Chiefs. Holmes was enshrined in the Texas High School Football Hall of Fame in 2006 and the Texas Athletics Hall of Honor in 2007.

Huff was a two-sport athlete who earned All-Big 12 honors in both football and track and field. In 2005, he became the first Longhorn to win the Jim Thorpe Award, which is given annually to the nation’s premier defensive back, and ended his senior season by winning Defensive MVP honors in UT’s win over USC in the BCS Championship Game. Huff was a two-time All-Big 12 honoree and All-America in football, claiming first-team honors in his senior season. He was a four-year starter, piling up 318 tackles, 26 tackles for loss, seven interceptions and 44 pass breakups. In his one season on the track team, he qualified for the NCAA regional meet with a 10.48 in the 100-meter dash and also ran the lead leg of UT’s 4x400-meter relay team that took second at the Big 12 Championships. A first-round draft pick (seventh overall) of the Oakland Raiders in 2006, Huff played eight NFL seasons at safety and cornerback. He was a second-team All-Pro selection in 2010 and culminated his career by playing in the Super Bowl with the Denver Broncos in 2013. He was enshrined in the Texas Athletics Hall of Honor in 2015. 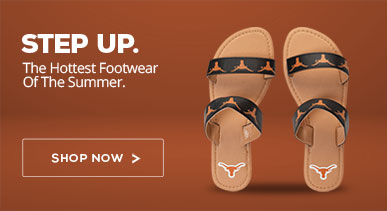 One of the best defensive players in program history, Johnson won the Bronko Nagurski Trophy (awarded to the nation’s top defensive player) and the Butkus Award (given annually to the nation’s top linebacker) as a senior in 2004. Johnson was a two-time consensus first-team All-America honoree in 2003 and 2004, a two-time finalist and three-time semifinalist for the Butkus Award, and a finalist for the Bednarik Award (given to the nation’s top defensive player), the Lombardi Award (for the nation’s top lineman) and the Lott Trophy (which also honors the defensive player of the year) in 2004. Johnson also finished 12th in the 2004 Heisman Trophy balloting and was listed among the 10 finalists for the Walter Camp Football Foundation Player of the year, the only defensive player in both of those groups. Johnson finished third in program history with 458 career tackles, fourth with 280 solo tackles, first with 65 tackles for loss, and amassed 10.5 sacks and 39 quarterback pressures. He set program records for linebackers with 30 career pass breakups and nine interceptions. Johnson was taken with the 15th overall selection of the 2005 NFL Draft by the Kansas City Chiefs and played 13 full seasons in the league, all of them with the Chiefs, before finishing his career with the Oakland Raiders in 2018. He was inducted into the Texas High School Football Hall of Fame in 2015, the Texas Athletics Hall of Honor in 2019 and the Missouri Sports Hall of Fame in January.

McCoy left UT with 45 victories in four years as the Longhorns’ starting quarterback, a total that at the time was the highest in NCAA history. The only two-time All-America quarterback in Texas history, McCoy twice was named the Walter Camp Football Foundation Player of the Year and twice was a finalist for the Heisman Trophy. He won the 2009 Maxwell Award (given annually to the collegiate player of the year), the Davey O’Brien Award (for the nation’s top quarterback) and the Johnny Unitas Golden Arm Award (given to the nation’s top senior quarterback). He was a unanimous first-team All-America and the Big 12 Offensive Player of the Year, became the first quarterback in NCAA history to win 10 or more games in each of four seasons and was the first four-time team MVP in the history of Texas football. With McCoy at quarterback, UT won three bowl games; each time, he won offensive MVP honors. He finished his Texas career ranked sixth in NCAA history in career passing yards (13,253), fourth in total offense (14,284), seventh in touchdown passes (112) and sixth in touchdowns responsible for (132). He was selected by the Cleveland Browns in the third round of the 2010 NFL Draft. After three seasons in Cleveland, he played one year (2013) with the San Francisco 49ers, six (2014-19) with the Washington Redskins and signedwith the New York Giants during the 2020 offseason. The University of Texas retired his No. 12 jersey Oct. 30, 2010.

Williams was a two-time Olympic gold medalist (1996 and 2000) for the U.S. Women’s Senior National Team, as well as a two-time National Fastpitch Coaches Association (NFCA) All-American and NFCA All-Midwest Region selection for the Longhorns during the 1998 and 1999 seasons. After transferring from UCLA before the 1998 season, she helped the school’s year-old softball program reach the 1998 Women’s College World Series and a No. 7 final national ranking. Before transferring to UT, she was the youngest member of the 1996 U.S. Olympic softball team during the first Games to include the sport. In the Atlanta Olympics, she won both of her decisions and struck out 15 without allowing an earned run; she also won both of her starts in the 2000 Sydney (Australia) Games. Williams was drafted in 2000 by the Ohio Pride of Women’s Pro Softball and the Texas Thunder of National Thunder of National Pro Fastpitch. She was enshrined in the Texas Women's Athletics Hall of Honor in 2007 and the USA Softball National Softball Hall of Fame in 2018. 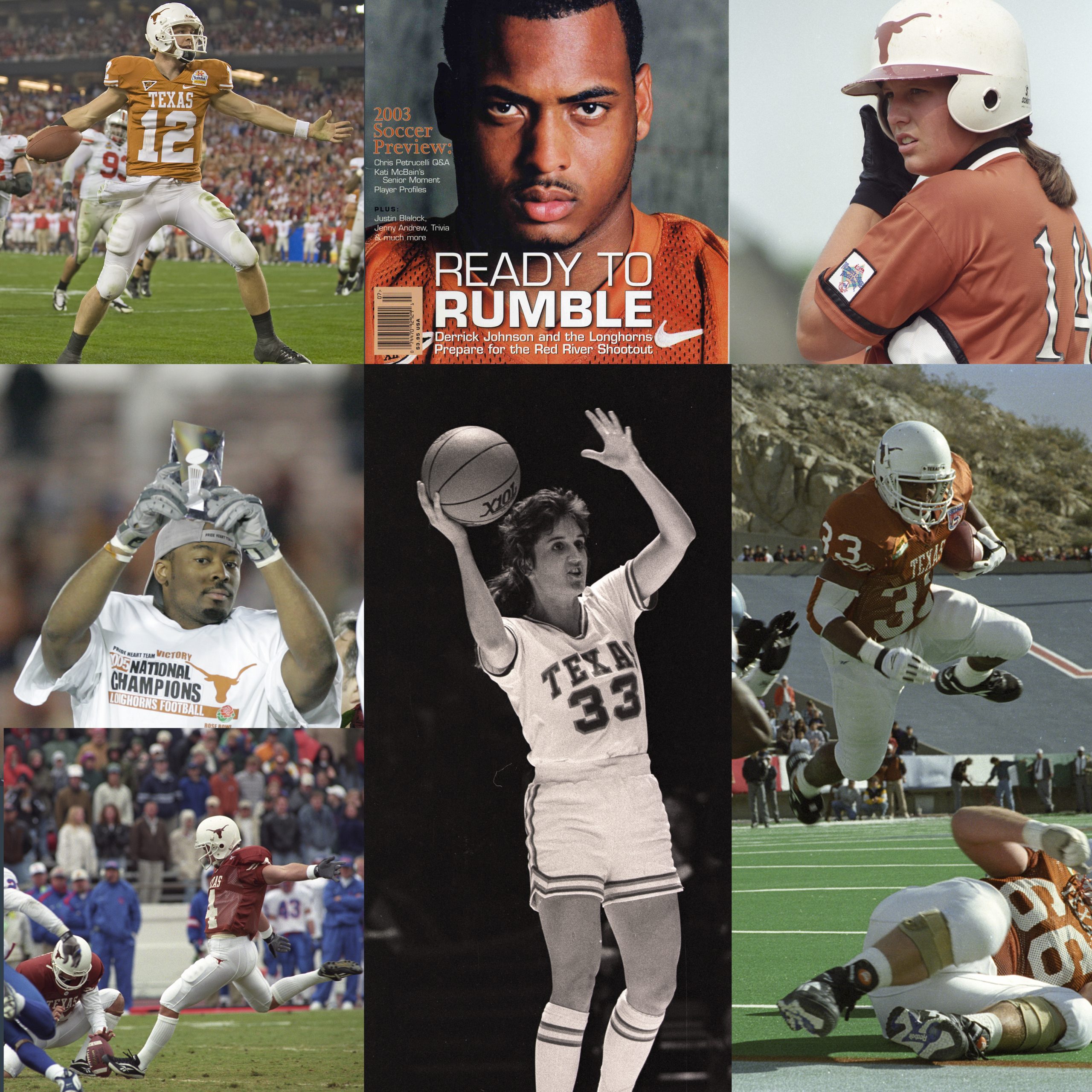