On the verge of a possible make-or-break year for his tenure at Texas, Longhorns coach Shaka Smart met with the media for the first time since March Thursday.

Returning all key contributors from last season and adding five-star recruit Greg Brown from nearby Vandegrift High School, Texas could be poised for a big year.

Players have been back on campus since July and engaged in a variety of workouts, said Smart, who touched on plenty of topics during the Zoom meeting.

Looking for four more
Smart noted the college basketball season will start Nov. 25 and Texas has the majority of its schedule filled, but is still looking for four non-conference opponents.

Aside from the 18-game Big 12 slate, the Longhorns will play Villanova in the Big 12-ACC Battle, an SEC foe in the Big 12-SEC Challenge and compete in the Maui Invitational that has been moved to Asheville, North Carolina.

The field in Asheville consists of North Carolina, Alabama, Davidson, Indiana, Providence, Stanford and UNLV, meaning Texas will have plenty of chances for résumé-building victories.

Villanova will come to Austin, and Texas is working on a game with Gonzaga at the Frank Erwin Center as well.

“There’s two teams that are as good as it gets who may be on our schedule,” Smart said about Villanova and Gonzaga. “Like every aspect of our lives, Covid has affected scheduling. The thing that is challenging is that different components of your schedule are controlled by different entities. The NCAA, the conference, multi-team events and then we control our non-con.”

The Big 12 is planning on starting conference play in December with at least two games before New Year’s. 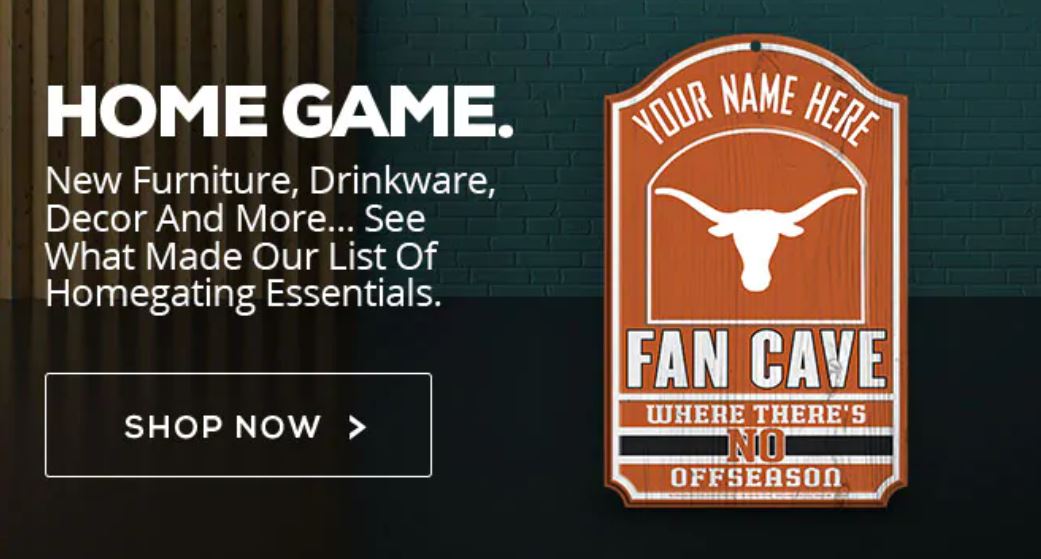 What can Brown do for UT?
One of the most anticipated aspects of the upcoming Longhorns season is the impact Brown will have.

Thought of as a potential one-and-done candidate, and someone who seriously looked at jumping straight to a paid contract in the G-League prior to enrolling at Texas, Brown brings a lot of expectations and potential.

“I think the biggest thing for Greg is learning that whatever it is you’re going after, no one else can want that more for you than you, otherwise it’s not going to work,” Smart said. “Every freshman that’s come in here, going from high school to college, has had to go through that transition. That’s something he’s in the middle of right now. Once you gain that understanding, then it’s a matter of making sure your life reflects your words.”

Smart also noted that though Brown has received endless praise and high rankings, that’s something that goes out the door on the court.

“It’s different from high school or AAU because here there are guys who are 22 or 23 years old that will kick your butt if your mind isn’t in the right place,” Smart said. “When the ball goes up in the air, you have to create success for yourself and your team.”

Still, Smart has been impressed with what he’s seen from the Brown.

“I think the biggest thing is the combination of his size and athleticism, and that comes out when he plays with his physicality," Smart said. "Part of our job is making it crystal-clear of what it takes to be successful at this level.”

Coronavirus impacts program
Smart confirmed that several of his players tested positive for the coronavirus in the last few months and that he himself had to quarantine prior to the players arriving back on campus due to contact tracing.

Privacy rules don’t allow Smart to divulge any specifics of which players had the virus.

With junior guard Andrew Jones being a possible high-risk candidate due to having battled leukemia, Smart said the program and players need to be extra cautious.

“For Andrew, our medical folks are communicating with his main doctor,” Smart said. “Every guy needs to understand the impact they have on each other and on Andrew. Our guys have done a good job for the most part of making good decisions.”

One of the decisions Smart has to concern himself the most with is how much the team practices live. He said he’s erred on the side of having less close-contact practices and drills.

“Obviously when you’re playing basketball, whatever the opposite of social distancing is is going to occur,” Smart said. “In a sport like basketball there’s going to be some contact. The athletic department has done a great job of giving us the opportunity to test three times a week. The most important thing is trying to keep our guys safe.”

Proceed with caution
The Longhorns are slowly getting back to being healthy from the injuries they suffered last season.

Donovan Williams and Jase Febres both are recovering from knee surgeries they had in March. Febres had micro-fracture surgery, which takes longer to recover from, while Williams has looked great moving around the court, Smart said, but is not cleared to play five-on-five.

Jones is still recovering from hip surgery, while Gerald Liddell and Jericho Sims are both still not 100 percent from back stress fractures last season. Jones cannot play in live games at the moment, while both Liddell and Sims are cleared for all activities.

“The priority is long-term health and going in the right direction,” Smart said.

With the departures of Luke Yaklich and Jai Lucas from last year’s coaching staff, Smart has made two hires in the recent weeks. K.T. Turner is now the associate head coach after spending the last seven years at SMU, while Cody Hatt was promoted to assistant coach from director of operations.

“K.T. is a guy with high character and a phenomenal background,” Smart said. “He’s worked with some of the best coaches in the country and has a reputation for helping players develop. You want people who are about the right things and he checked those boxes.”

Smart hasn’t defined specific roles for each staff member yet as far as offense, defense, scouting or other details, and said there will be more of team effort on specific aspects of the game this year as opposed to previous seasons.

“The coaching staff is not so much about a group of individuals. It’s about how does everybody fit together?” he said. “I want us (as) a staff to tag-team projects a lot more than we have in the past. One thing that happens is if you have someone in just one area, they can get tunnel vision in just that area, and that can be a good thing or a bad thing. Our focus is together the whole being better than the sum of the parts.”