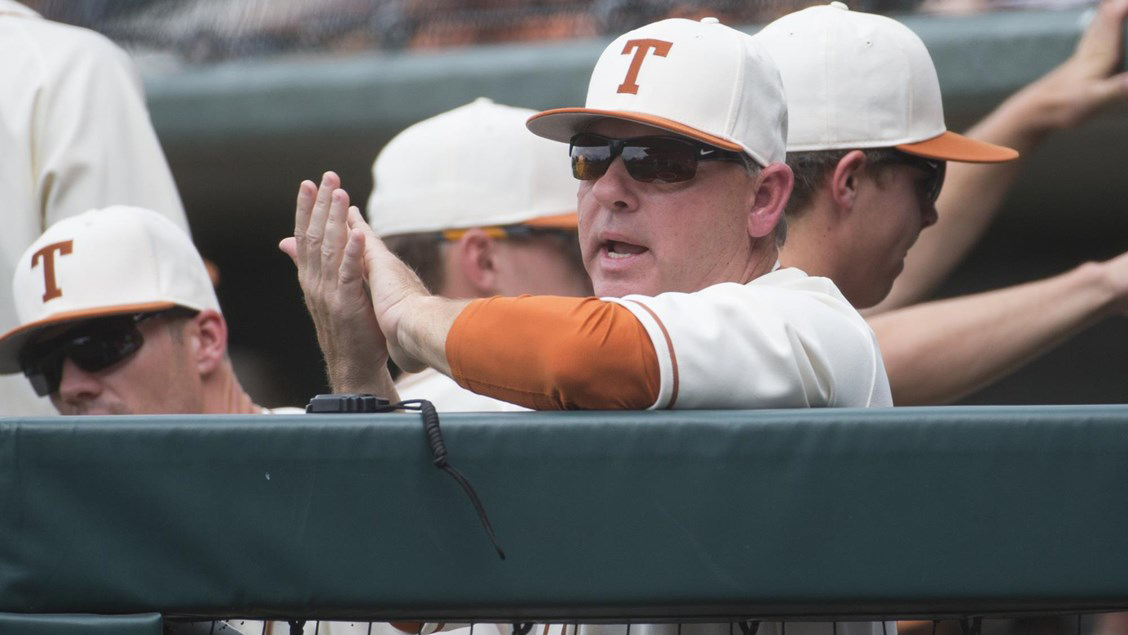 Texas baseball head coach David Pierce has earned well-deserved accolades for landing one of the premier recruiting classes in the country, but not all of those prospects will make it to Austin after two have signed professional contracts and a third reportedly has agreed to a deal (photo courtesy of texassports.com).

AUSTIN, Texas — The problem with signing recruits considered among the best in the country, as the University of Texas baseball team did, is that the team that recruits those elite prospects is not alone in its pursuit.

Such was the case for the Longhorns, and it's a good thing for them that they landed so many heralded recruits, because four members of the Texas class were chosen in the abbreviated Major League Baseball draft June 10-11. At least three of them will not play for the Longhorns, after shortstop Carson Tucker signed a professional contract with the Cleveland Indians and pitcher Jared Kelley inked a deal with the Chicago White Sox, according to announcements by the franchises. It also has been reported that pitcher Jared Jones has reached an agreement with the Pittsburgh Pirates.

Tucker was chosen with the 23rd pick in the first round of the draft, and according to MLB Pipeline’s Jim Callis, signed a contract with a $2 million signing bonus, significantly below the $2.93 million bonus projected for the 23rd selection. A shortstop from Mountain Pointe High School in Phoenix, Ariz., Tucker becomes the second member of his family to be selected in the first round of the draft; his older brother, Cole, was drafted with the 24th selection in the 2014 draft by the Pittsburgh Pirates, for whom he now plays shortstop.

“We have a history with Carson, with his brother from a few years ago,” Indians amateur scouting director Scott Barnsby said. “Ryan Perry, our scout in Arizona, did an outstanding job developing a relationship with him and really building that from the ground up. John Heuerman, one of our other scouts in Arizona, also has a great relationship with the family. Honestly, I think that played a big role. As we got to the moment, we felt really comfortable with Carson on the field as well as off the field, so that was really important for us.”

The 2019-20 National Gatorade Player of the Year, Kelley was predicted by many to join Tucker in the first round, but slid into the second round, when he was selected by the White Sox with the 47th overall pick. He signed a minor-league contract with a $3.0 milion signing bonus.

“This is a moment I’ve been dreaming about for as long as I can remember and still can’t believe it’s real,” Kelley said. “None of this would be possible without the love and support from my mom, dad, brother and the many coaches and teammates I’ve had along the way. I’d like to thank the Chicago White Sox for taking a chance on me and I promise to give you, and White Sox fans everywhere, everything I’ve got.”

Texas senior made history as a Longhorn 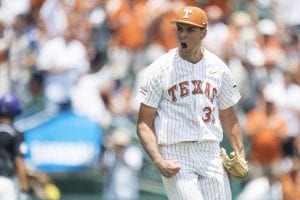 Senior Matteo Bocchi is the first Italian-born baseball player to suit up at UT (photo courtesy of texassports.com).

According to MLBPipeline.com, Kelley entered the draft as the No. 12 player, the No. 3 high school prospect and the No. 4 right-handed pitcher available to professional teams.

Jones agreed almost immediately after the draft to sign with the Pirates.

“He can really make the ball move in a lot of different ways,” Pirates general manager Ben Cherington said. “He’s a super two-way … he can be a position player but we’re going to give him a chance to pitch and reach his upside, and we think he’s going to be a really good starting pitcher with good stuff.”

Published reports have said Jones’ contract will include a signing bonus of just under $1.7 million, but the contract has not yet been announced officially by the team. He entered the draft ranked among the top 100 professional prospects by most experts and media outlets, including Baseball America, which ranked Jones the No. 41 player available in the draft.

You May Also Be Interested In More Texas Longhorns Baseball 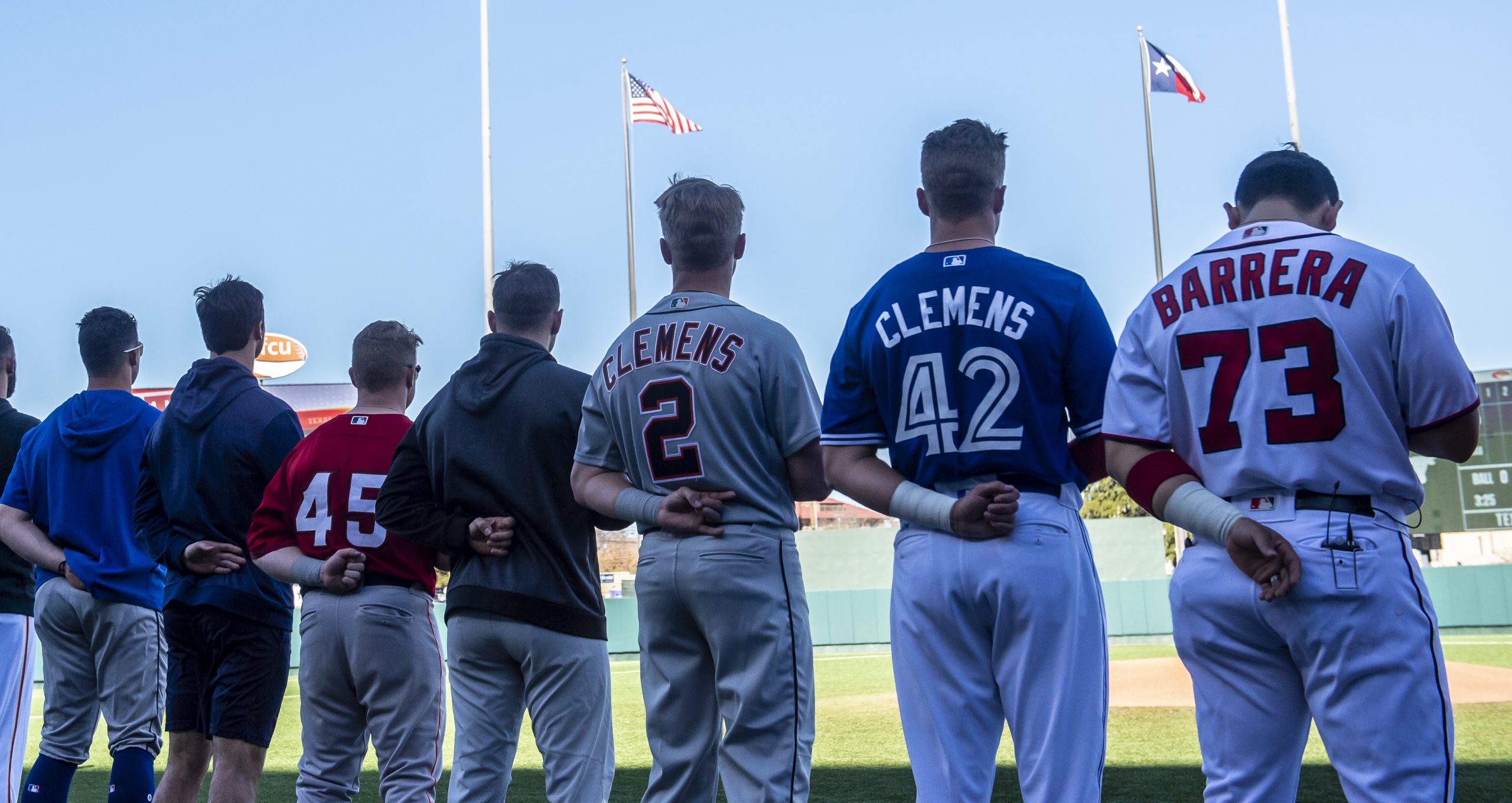 A few of our Texas Alumni team and our National Anthem