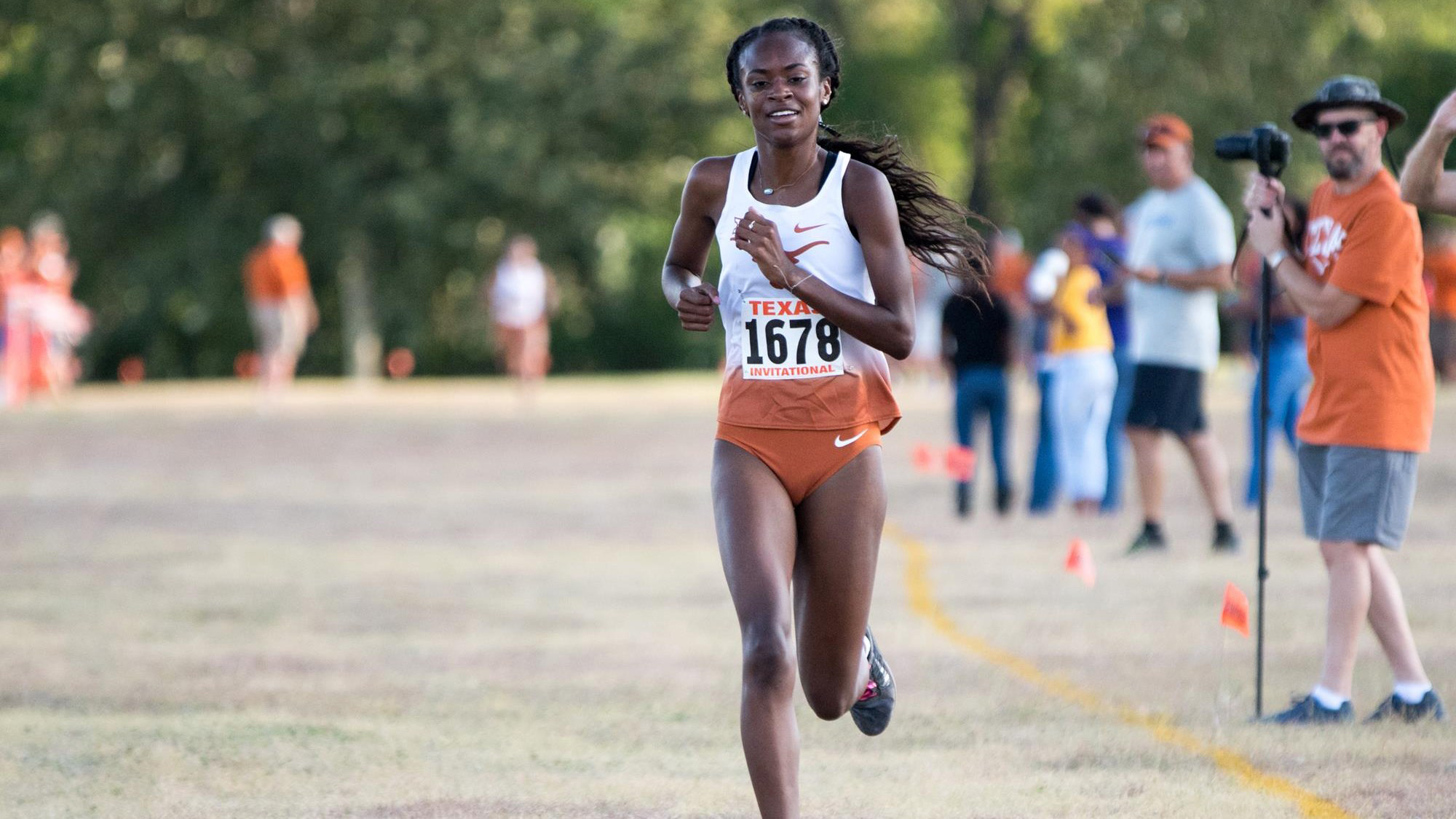 Senior Destiny Collins won the women's individual title in the Texas Invitational, making the second time in as many races that she has finished first (photo courtesy of texassports.com).

ROUND ROCK, Texas — The Texas men’s and women’s cross country teams stayed cool on a hot day Friday in Round Rock, as both squads finished on top in their respective 5K races for the team category in the Texas Invitational.

Competing alongside runners from local universities like Trinity (Texas), Concordia, Prairie View A&M and St. Edward’s, the Longhorns had one of the biggest teams at the meet and had nine runners post times of 16:00 or faster.

From the start, both the men’s and women’s teams got