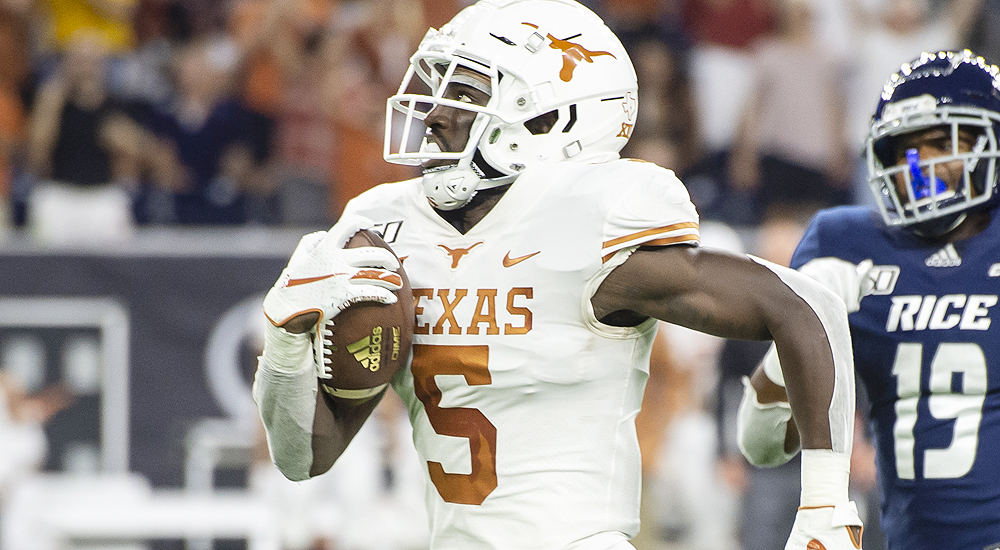 Texas cornerback the Longhorns’ D’Shawn Jamison put the the finishing touch on the scoring against Rice when he returned a kickoff 98 yards for the game's final score in the game's final minute (photo by Jose Mendez / Horns Illustrated).

HOUSTON, Texas — The Texas Longhorns' attitude of "no hangover, no letdown and no letup" meant no quarter for Rice Saturday in a battle of former Southwest Conference rivals.

If you expected anything less of the rampaging and talented Longhorns, then you haven’t been paying attention.

The Longhorns (2-1) bounced back in a big way after a seven-point loss at home to then-No. 6 LSU last week, making things look easy in taking a 31-0 lead by halftime and strolling to the finish. Texas now has