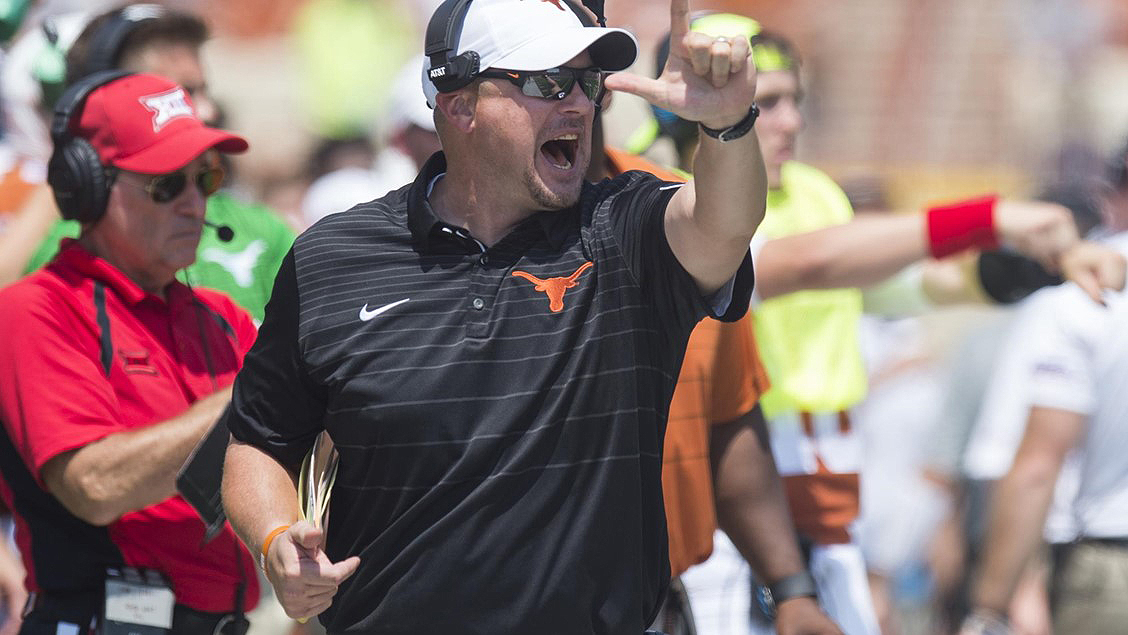 The Texas football team went 6-6 in Tom Herman's first season as the team's head coach, and now must wait to find out which bowl game will cap off the 2017 campaign (photo courtesy of texassports.com).

AUSTIN, Texas — Remember all the good feelings that surrounded the Texas football team last weekend in the hours after the Longhorns beat West Virginia to earn the chance to play in a bowl for the first time since 2014?

All those warm and fuzzies were vaporized in a 14-minute, 23-second span of the fourth quarter Friday as Texas Tech’s Nic Shimonek came off the bench to throw two touchdown passes, including the game-winner with 1:47 to play, to lift the Red Raiders to a gut-punch 27-23 victory over Texas in a wild Big 12 Conference game at Darrell K Royal-Texas Memorial Stadium.

The win made the Red Raiders (6-6 overall, 3-6 in Big 12 play) eligible for a bowl game and likely saved the job of coach Kliff Kingsbury. It had been