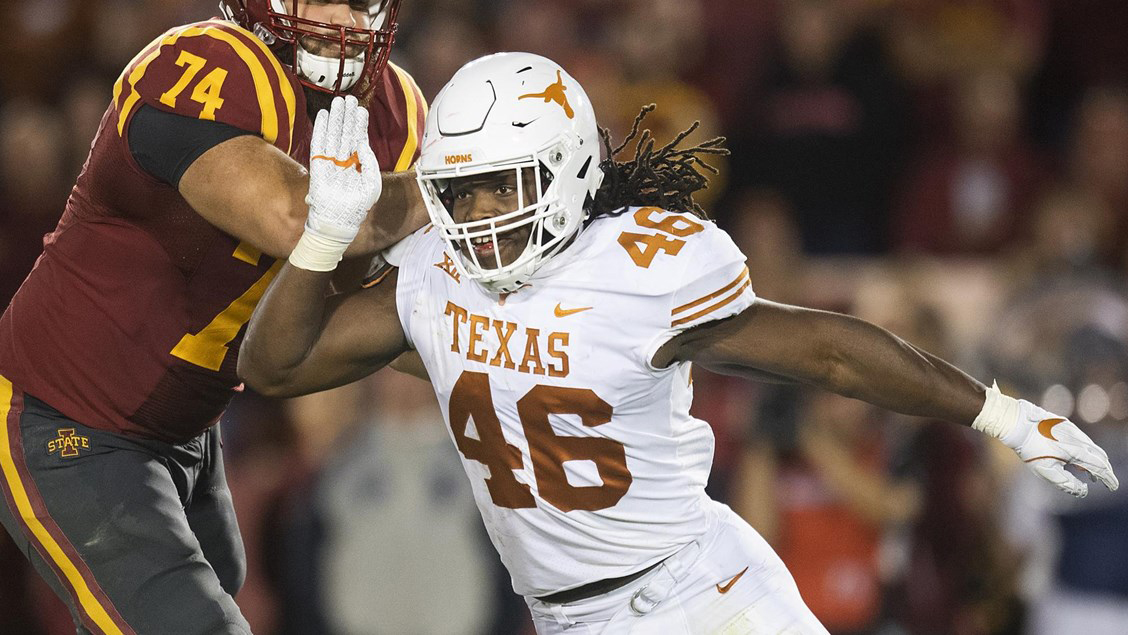 After the Longhorns ended the regular season with a home loss to Texas Tech, linebacker Malik Jefferson said he did not know if it was his last home game as a member of the Texas football team (photo courtesy of texassports.com).

AUSTIN, Texas — Remember all the good feelings that surrounded the Texas football team last weekend in the hours after the Longhorns beat West Virginia to earn the chance to play in a bowl for the first time since 2014?

All those warm and fuzzies were vaporized in a 14-minute, 23-second span of the fourth quarter Friday as Texas Tech’s Nic Shimonek came off the bench to throw two touchdown passes, including the game-winner with 1:47 to play, to lift the Red Raiders to a gut-punch 27-23 victory over Texas in a wild Big 12 Conference game at Darrell K Royal-Texas Memorial Stadium.

The win made the Red Raiders (6-6 overall, 3-6 in Big 12 play) eligible for a bowl game and likely saved the job of coach Kliff Kingsbury. It had been