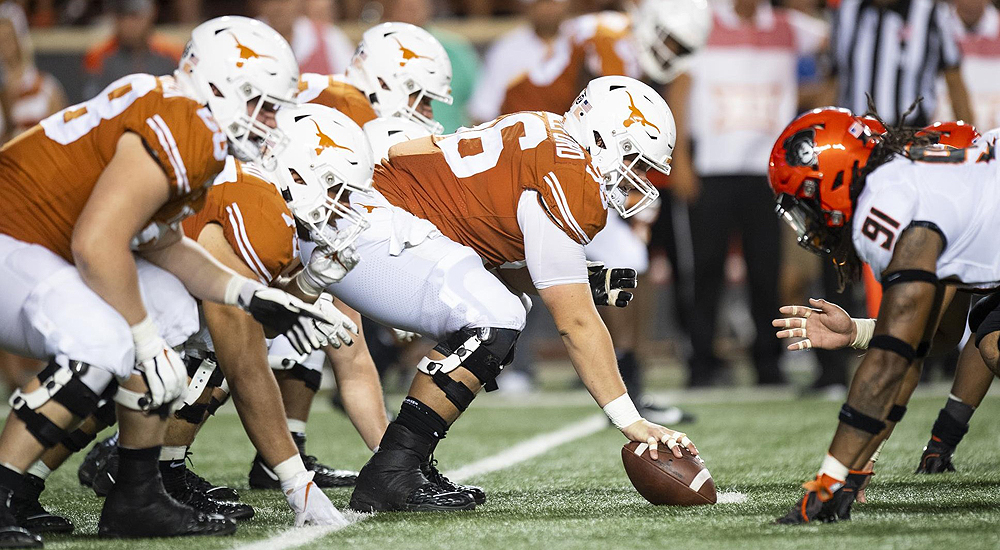 The patchwork offensive line the Texas football team rolled out in its loss to Iowa State will get a boost this week with the return of guard Junior Anjilau (photo courtesy of texassports.com).

AUSTIN, Texas — There was plenty of talk about Monday during coach Tom Herman’s regularly scheduled media availability in regard to the Texas Longhorns' lack of a run game against Iowa State and who should shoulder the blame for the pitiful performance in the 23-21 loss.

As would be expected, there was not a black and white answer from the coach for the 54 yards worth of non-production on the ground in a game in which the Longhorns needed to be able to lean on the run, especially deep in the fourth quarter when they were nursing a one-point lead.