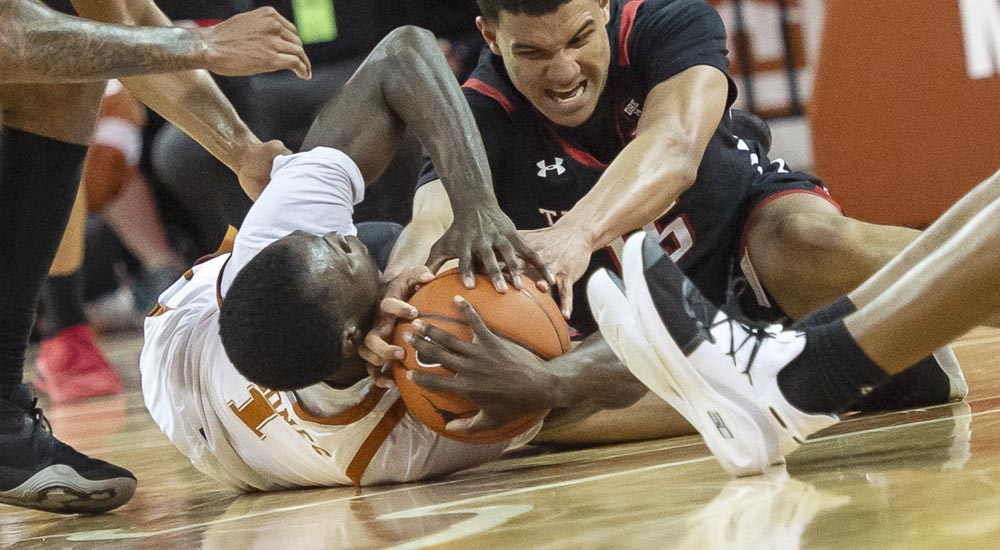 AUSTIN, Texas — In a game that Texas men’s basketball head coach Shaka Smart and Texas Tech’s Chris Beard both called a tale of two halves, the Longhorns saw their hopes of victory dashed in the final seconds of a closely contested Big 12 showdown in Austin against Texas Tech, as they fell, 62-57, at the Frank Erwin Center.

The Horns raced out of the gates and mounted a 12-point lead, only to collapse down the stretch, losing their second straight game and falling to 14-9 on the season, and just 4-6 in the Big 12. Texas Tech improved to 15-8 overall, and 6-4 in Big 12 games.

“We clearly didn’t make as many plays as we needed to today,” a disappointed Smart said after the game. “We need