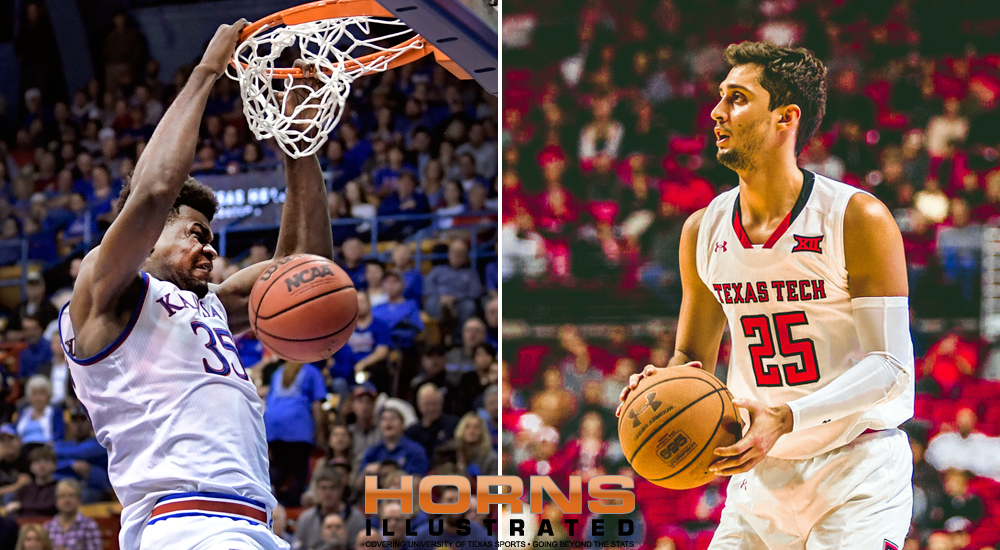 The Texas men's basketball team faces two of the Big 12's best teams this week, traveling to Lawrence to take on Udoka Azubuike and the No. 3 Kansas Jayhawks Monday night and then hosting Davide Moretti and Texas Tech Saturday (photos courtesy of kuathletics.com and texastech.com / graphic by Horns Illustrated).

Austin, Texas — If the Texas men’s basketball team has been consistent in one area throughout this largely inconsistent season, it is in close ballgames. For the second time this past week, the Horns won a game by five points or fewer, winning at TCU, 62-61, and then defeating Iowa State, 72-68, at the Frank Erwin Center Saturday afternoon. The bottom line: Texas has played well in the second half.