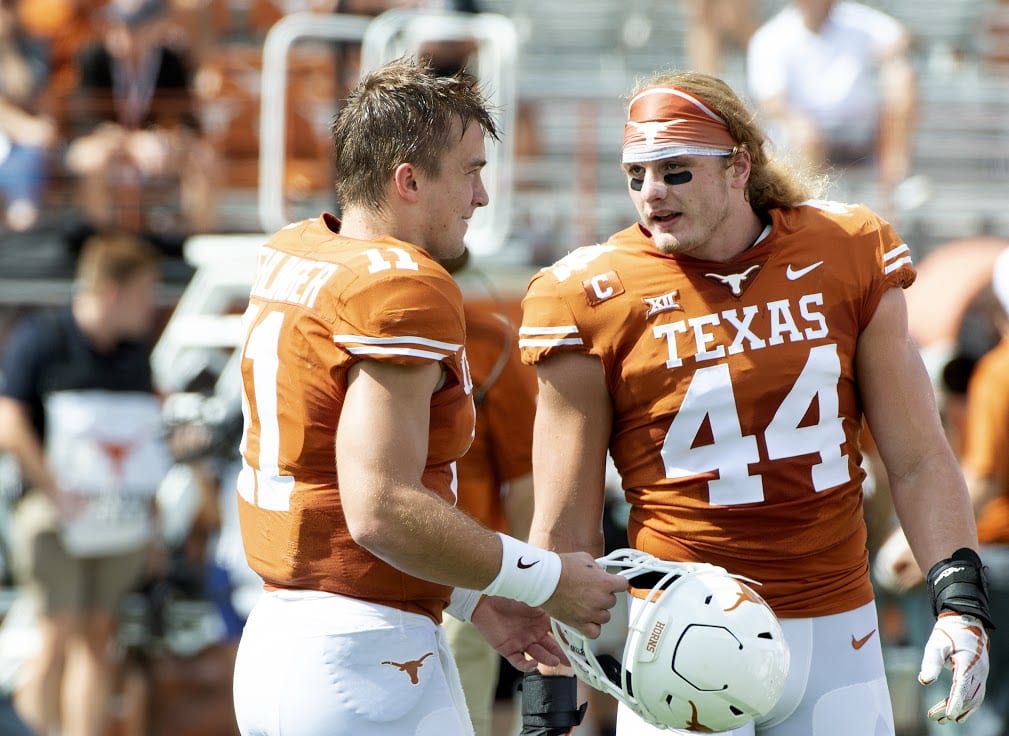 All indications are that Texas quarterback Sam Ehlinger will rejoin his Longhorn teammates, such as Breckyn Hager (44), and start this Saturday at Oklahoma State (Photo by Don Bender/Horns Illustrated).

AUSTIN, Texas — All indications Thursday are that sophomore quarterback Sam Ehlinger is good-to-go and will start Saturday night against Oklahoma State in Stillwater, Okla.

After practice Thursday, Texas Football head coach Tom Herman said “if we had to play today, (Ehlinger) would start.”

Ehlinger took part in practice the past three days, and other than some soreness from not having thrown in a week, “as of now (he) looks no worse for the wear,” according to Herman.