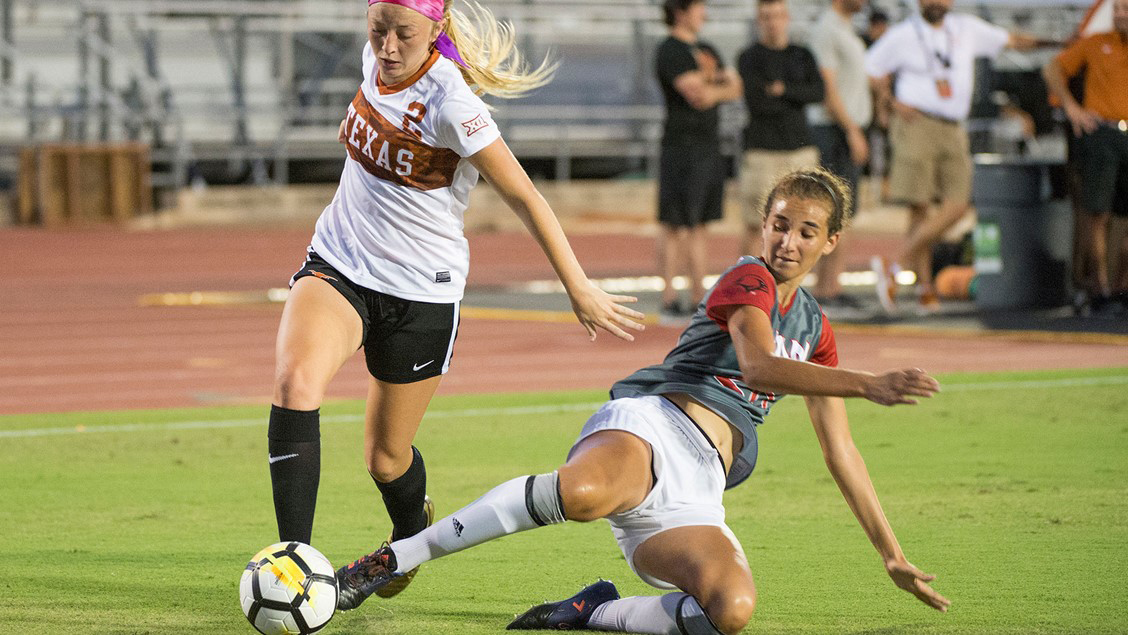 Haley Berg put the Longhorns ahead with her fourth goal of the season, but it was not enough as West Virginia rallied past Texas, 2-1 (photo courtesy of texassports.com).

MORGANTOWN, W.V. — In a matchup of two of the heavyweights in Big 12 soccer, No. 13 Texas led No. 16 West Virginia for nearly an hour of playing time.

The problem is, games last 90 minutes.

UT took the lead in the 19th minute when sophomore Haley Berg scored her fourth goal of the season off an assist by forward Cyera Hintzen. But West Virginia defender Bianca St. Georges scored just her second and third goals of the season in a span of 3:09 late in the second half to give the Mountaineers a 2-1 victory over Texas.

St. Georges converted a penalty kick for the equalizer in the 77th minute, and then scored the game-winner in the 80th minute when she pounced on a failed clearance and tucked it into the bottom of the net.

The Longhorns, whose record in their last four games is just 1-2-1, now wait to get back on the field, when they will play host to Oklahoma at 7 p.m. Friday in a game that can be seen on the Longhorn Network.