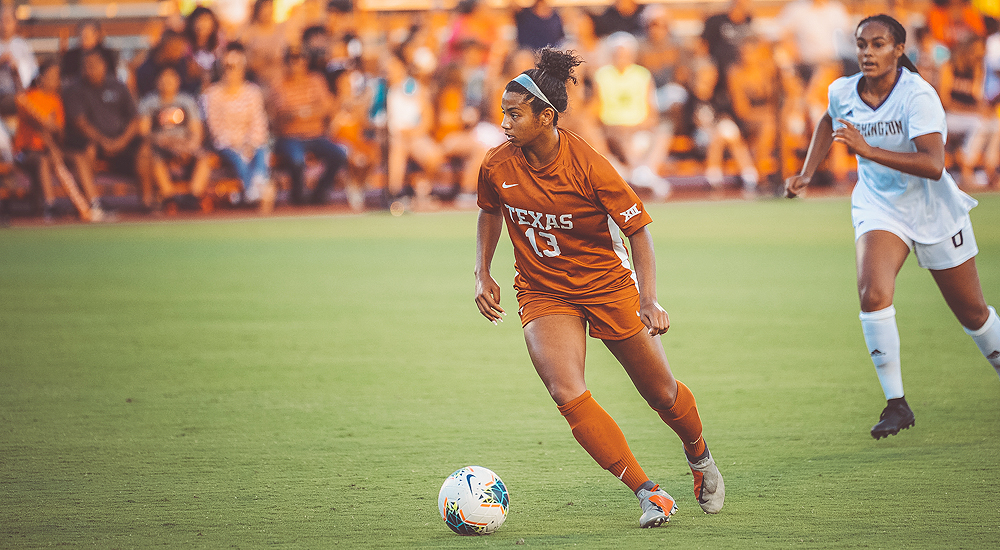 Forward Cyera Hintzen scored her second goal of the year in the 78th minute to help lead the University of Texas soccer team to a 2-0 victory Friday over the University of Washington (photo by Jose Mendez / Horns Illustrated).

AUSTIN, Texas — Just a few days removed from being named the Big 12 Offensive Player of the Week, Haley Berg showed the accolade likely won’t prove a one-time occurrence. The junior midfielder/forward scored her third goal in as many games to help push Texas to a 2-0 win over Washington (2-2-2) in front of a crowd of 1,625 people and 14 dogs at Mike A. Myer’s stadium on Pups-at-the Pitch night on Friday.

“Washington’s a great team and we’ve been preparing for them all week, (and) having a shutout at home is always an important thing,” Berg said. “Especially since at the beginning of the season we kind of let a few goals in. We’ve regrouped, reset, and just performed really well tonight.”

In the 61st minute against, Berg pinged in the long ball