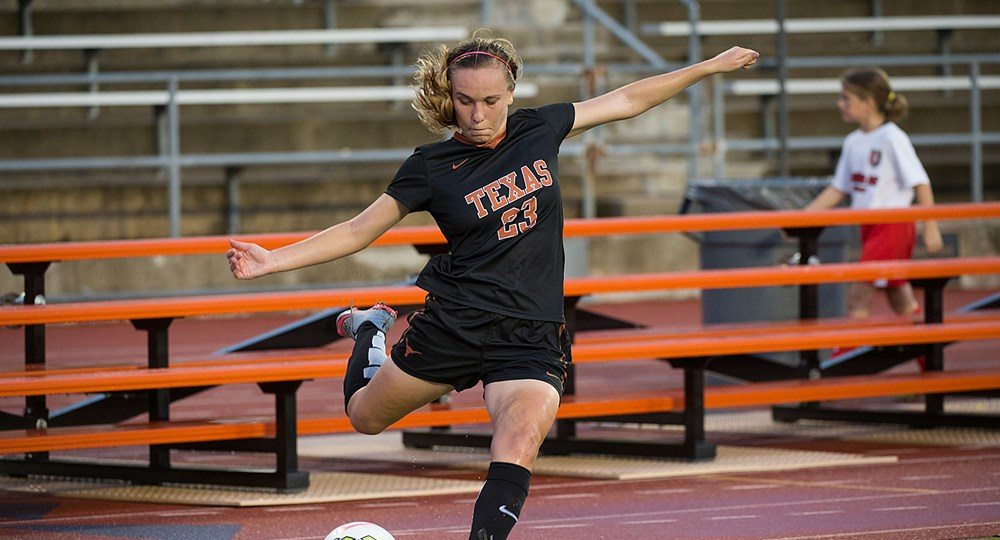 Senior midfielder Chantale Campbell is one of 10 Texas players to receive first-team Academic All-Big 12 honors for the 2015 season (photo courtesy of texassports.com).

AUSTIN, Texas — The list of postseason accolades continues to grow for Texas soccer as 14 of the program's student-athletes were tabbed to the 2015 Academic All-Big 12 teams, league officials announced Tuesday.

Oklahoma State led all schools with 16 honorees, including 15 first-team selections. Texas ranked second with 14 overall nods, followed by TCU and Texas Tech with 10 each.

Nominated by each institution's director of student-athlete support services and the media relations offices, the soccer academic all-league squad consisted of 85 first-team and 19 second-team members. First-team members consist of those who have maintained a 3.20 or better GPA while the second team selections hold a GPA between 3.00 and 3.19.

To qualify, student-athletes must maintain GPA of a 3.0 or higher, either cumulatively or the two previous semesters, and must have participated in 60 percent of their team's scheduled contests. Freshmen and transfers are not eligible in their first year of academic residence. Senior student-athletes who have participated for a minimum of two years and meet all the criteria except percent of participation are also eligible.