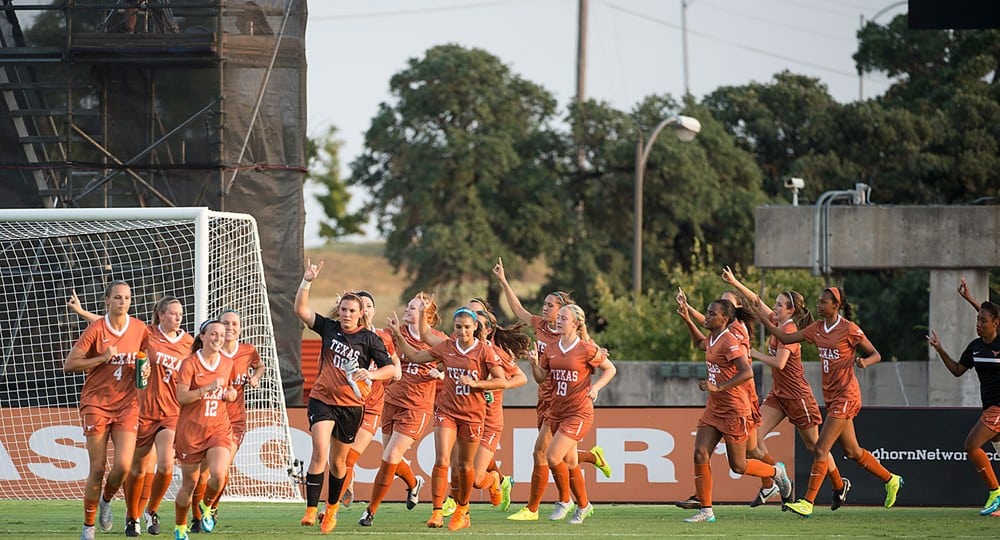 The Texas soccer team fell from the ranks of the undefeated Sunday, losing to TCU, 1-0 (photo courtesy of texassports).

FORT WORTH, Texas — Just like that, the streak is over.

The Texas Longhorns were one of just eight teams in the country without a loss entering Sunday’s game in Fort Worth, but dropped off that list with a 1-0 loss to TCU.

The Horned Frogs doubled up the Longhorns in shots Sunday, 20-10, including a 9-2 edge in the first half. More importantly, UT goalkeeper Nicole Curry gathered in seven saves, because TCU enjoyed an 8-1 edge in shots on goal. Midfielder Haley Berg led the offense with four of the Longhorns’ 10 shots, and had the only UT shot on goal, from about 20 yards out.

TCU nearly got on the scoreboard in the game’s early stages when forward Messiah Bright got behind the defense and raced toward the UT goal, but Curry laid out and was able to deflect Bright’s shot. A rebound shot by Ryan sailed over the crossbar.

Texas nearly scored early in the second half. In the 52nd minute, Chelsea Surpris delivered a cross to the far post, but Cydney Billups was unable to keep her header from going over the crossbar.

The Longhorns will regroup this week before heading north to face Iowa State (2-9-2) at 7 p.m. Friday.