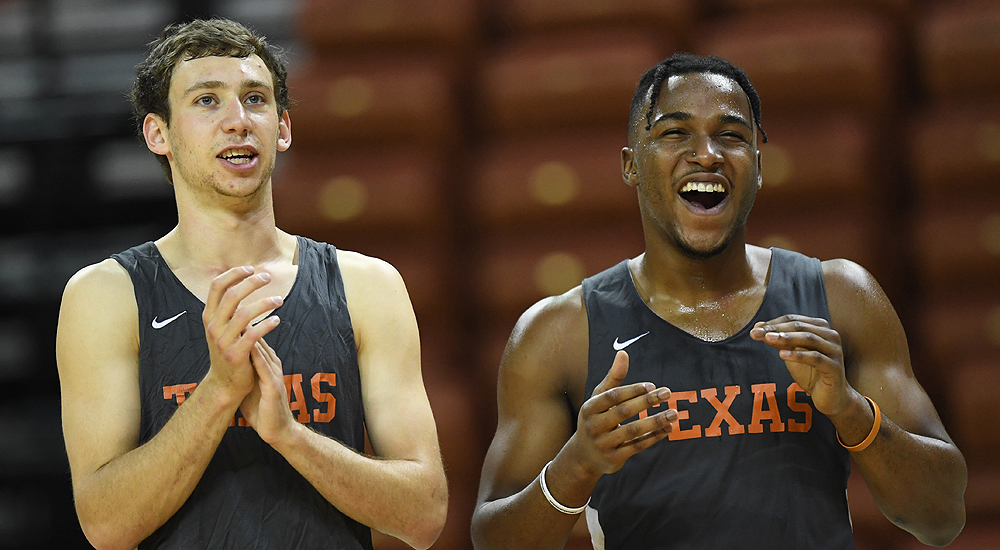 Players like Ryan Yablonsky (left) and Brandon Okeke, fulfill many roles for the Texas women's basketball team, impersonating UT players during practice and offering encouragement to the Longhorns during games (photo courtesy of texassports.com).

AUSTIN, Texas — Behind every successful team lies a strong web of support. The Texas women’s basketball team is no different. Along with an experienced coaching staff that prepares the Longhorns each week, the players have another weapon in their training arsenal: a 19-man male scout team. This humble group consists of UT students from many different backgrounds who have a love for basketball and an even greater love of being part of the Longhorn family.  Spencer Johnson, Jake Pluenneke, Ryan Yablonsky and George Fisher are four respected members of this team who took some time to talk about the responsibilities of being a scout team member and the important role they play in game day preparation.

The qualifications to be on the scout team are simple: hard work and passion for the game.  Beginning 30 minutes prior to the women’s practice, the guys