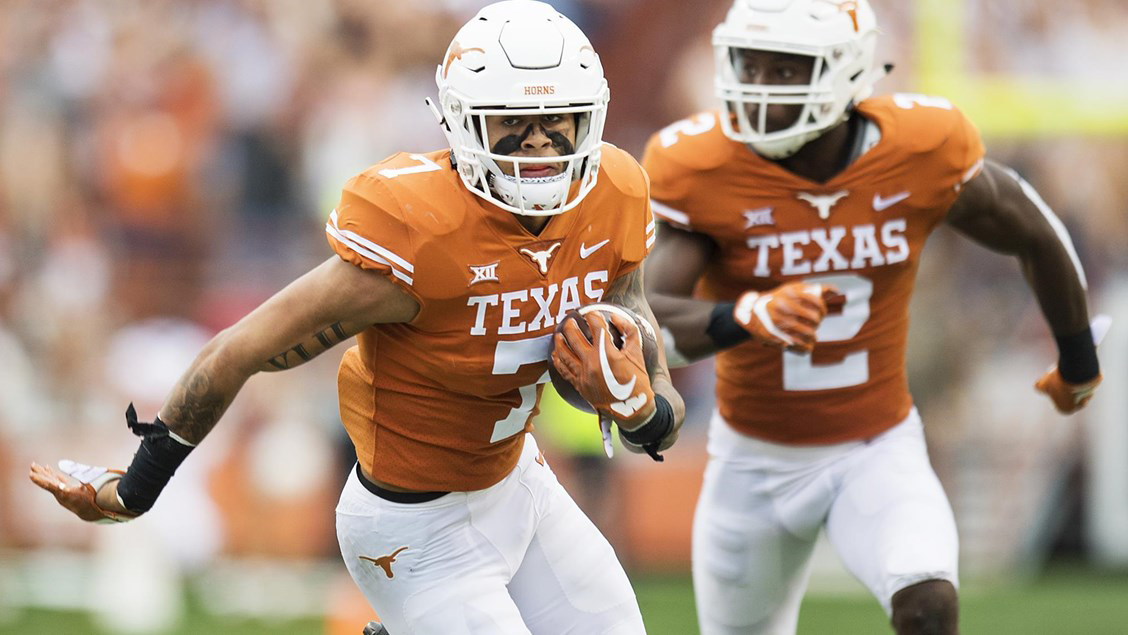 After earning Freshman All-America honors in 2018, Texas defensive coordinator Todd Orlando said he wants to see simple improvement from Caden Sterns, who Orlando hopes will "continue to be a pro" (photo courtesy of texassports.com).

AUSTIN, Texas — Texas quarterbacks Sam Ehlinger and Shane Buechele combined to throw just six interceptions, a total any coach in the country would label as spectacular. Any offense that throws less than half an interception per game has a legitimate chance to win.

The Texas defense collected 12 interceptions. Despite being twice the number coughed up by the UT quarterbacks, the dozen interceptions in 2018 was not enough.

Couple those numbers with the fact that the Longhorns’ top two cornerbacks, Kris Boyd and Davante Davis, are spending this summer in NFL training camps, and the Texas defense has its work cut out for it if the goal is to