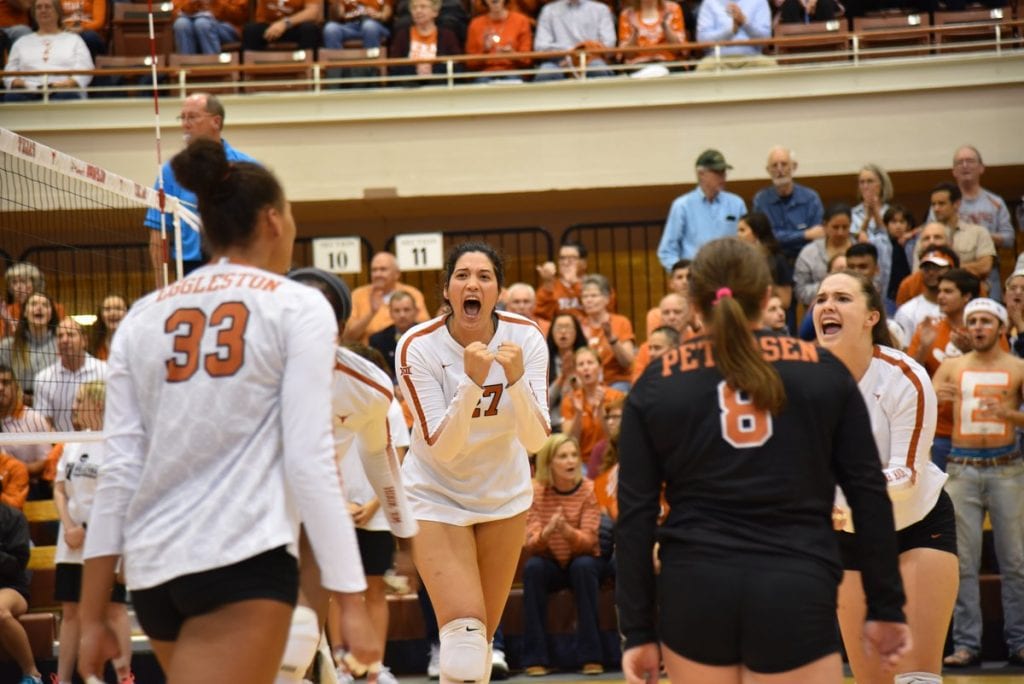 Yaazie Bedart-Ghani boosted the Horns to a sweep of Texas State Friday (Photo courtesy of texassports.com).

AUSTIN, Texas — Texas took no time to savor a sweep into the Sweet 16 Friday.

The Longhorns made quick work of Texas State in a straight sweep Friday at Gregory Gym to advance again to the Sweet 16 Round of the NCAA Tournament.

Point Texas for the Sweet 16 pic.twitter.com/VQcWsafhIY

Freshman Logan Eggleston led Texas with a team-high 16 kills while senior Yaasmeen Bedart-Ghani added eight kills with the Longorns looking as sharp as they have all season long.

Junior Micaya White pitched in with 11 kills and freshman Sydney Petersen had the Texas lead with 12 digs. Juniors Claire Hahn and White followed with eight and seven digs each.

In the next round, the Longhorns will face the winner of Saturday’s No. 12 Pittsburgh vs. Michigan match. Texas has won 12 straight matches and picked up its 13th sweep of the season.