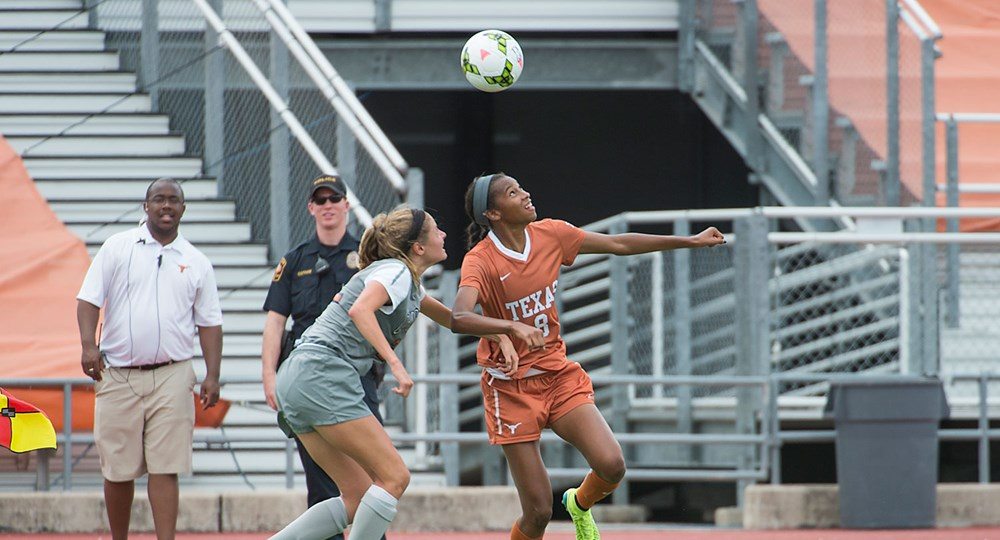 After scoring four goals — including two game-winners — in two games, University of Texas freshman forward Alexa Adams earned a pair of awards, being selected as the Big 12 Conference’s Offensive Player of the Week and getting named to the Top Drawer Soccer National Team of the Week.

After scoring just once in the first 11 matches of the season, Adams scored both UT goals in the Longhorns’ 2-1 win Friday over Iowa State, and then scoring twice more in her team’s 3-0 victory over TCU. It marked the first time in just over a year that a Texas player had scored four goals in two games since Olivia Brook pulled it off Aug. 31 and Sept. 5, 2014, against Nevada and Texas A&M-Corpus Christi.

Adams’ outburst puts her atop the Texas scoring list this season in goals (with five), game-winning goals (three) and points (10).

UT’s next game is Friday, Oct. 16, in Lubbock, Texas, against Texas Tech, which is ranked No. 17 in the newest National Soccer Coaches Association of America (NSCAA) poll.