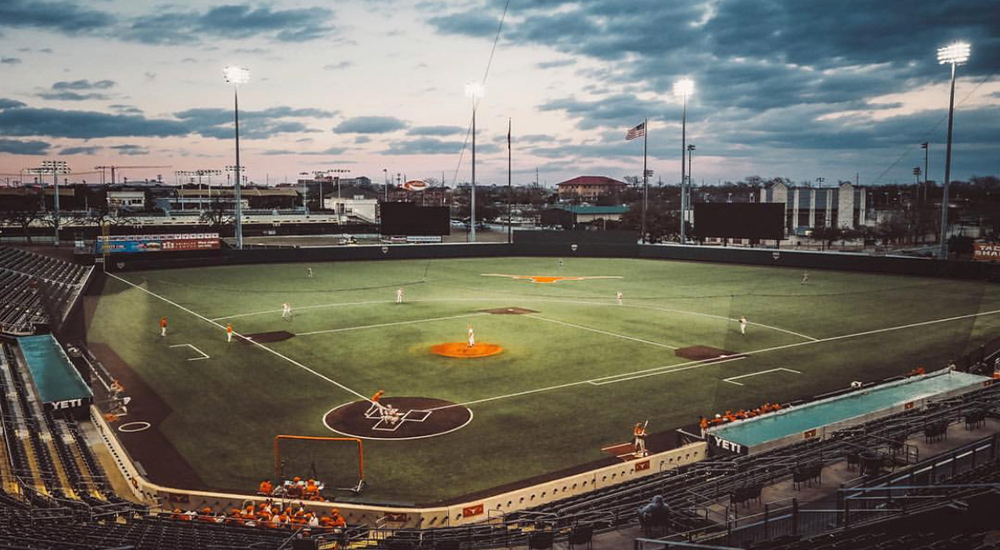 One reason the Texas baseball team's recruiting class was ranked No. 1 in the country by Baseball America was pitcher Jared Kelley, who was named the 2020 Texas Gatorade Player of the Year (photo courtesy of texassports.com).

Baseball signee named 2020 Texas Gatorade Player of the Year
While Texas baseball is on pause due to the Covid-19 pandemic, the team’s future stars have been racking up awards and honors.

Refugio High School pitcher Jared Kelley was named the 2020 Texas Gatorade Player of the Year for baseball Friday. Kelley has been on the Longhorns’ radar since he entered high school and signed with Texas at the beginning of his senior season, turning down other offers from other Power 5 powerhouses. He signed with UT after initially committing to Big 12 foe TCU.

Kelley did not have long to make his case for the prestigious honor, but like his work on the mound, made the most of his limited opportunity. In three starts, he did not allow a single hit, and 34 of the 36 outs he recorded came in the form of strikeouts.

He is one of the key signees in the Longhorns’ 2020 recruiting class, which is rated No. 1 in the country by Baseball America. Like former Lake Travis star Brett Baty, who committed to Texas back in 2018, Kelley may never make it on to campus. A projected first round pick in next month’s Major League Baseball draft, Kelley will have to decide whether he wants to take the money from whichever team selects him or join a stacked roster for the 2021 season at Texas, a program that could win the Big 12 title.

“At the end of the day, it’s up to Jared and his family to make the decision that’s best for him,” Refugio head baseball coach Jared Kay told Horns Illustrated. “I honestly couldn’t tell you one way or another what his plans are, but I do know he loves UT. I don’t know if I’d be surprised either way. If he signed with a Major League team, he’d do a great job, or if he came to UT, he’d do a great job there, too. Either team that gets him will be extremely pleased with what they’ve got.”

Kelley’s name most likely will be called on the first night of the 2020 MLB draft, which will be held remotely June 10-11. The event will be broadcast live on MLB Network.